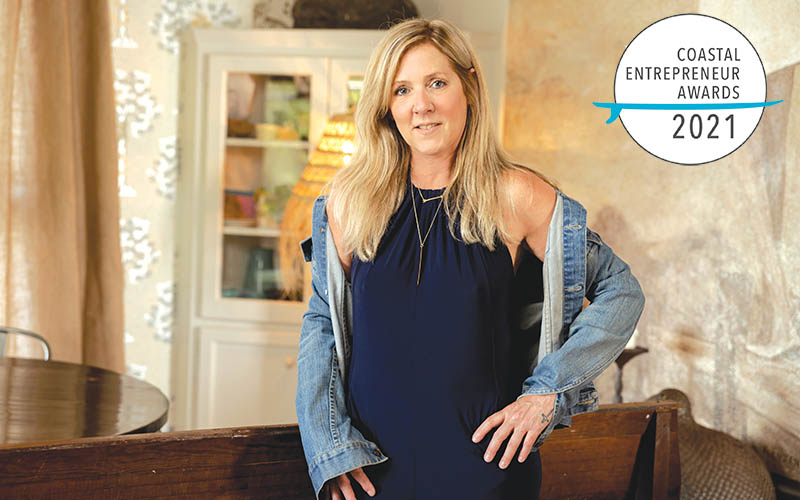 Incorporated in 2016, her business, SOS Life Sciences Corp., is working on wider distribution of its two current products while also pursuing a new product.

Heyward, a mother of four children, her two oldest with Type 1 diabetes, launched the company based on a need to bring better solutions to market for treating the condition.

“I watched [my children] suffer from terrifying low-blood sugar episodes, like near death, and they would turn to using candy because they didn’t like glucose tabs,” she said. “Definitely, necessity is the mother of invention, and I just decided that I was going to spend many years developing the perfected form of glucose and delivery to raise blood sugars quickly without spiking.”

Heyward has already developed two Glucose SOS products – one for people and one for pets – that are currently on the market.

The product is in most major retail stores in the United States, including Harris Teeter. Next, Heyward has her sights set on bringing her product into Walgreens, a move she anticipates late this year.

The glucose powders are distributed internationally in the United Kingdom and Australia, Heyward said, adding that the company is also looking into distribution in Canada and the Middle East.

For the pet version of the diabetic treatment product line, Heyward said SOS Life Sciences is currently in the process of rebranding.

Glucose SOS for pets has been distributed at veterinarian offices and through Chewy.com. Heyward also aims to get the product into PetSmart and Walmart in the future.

Heyward has also developed a glucose tablet melt, which is being readied for manufacture and distribution, she said.

“I wanted to keep going … I also wanted to cannibalize the tablet market,” Heyward said. “I’ve actually signed a license agreement with the largest distributor of glucose tablets in the world.”

Heyward developed the concept more than two years ago and is now working on getting the product lined up for the United States market.

Manufacturing for the tablet could begin this spring at a facility in Illinois, she said.

“This third [product] is really more proprietary. It has never been manufactured. And the manufacturer had to buy additional equipment just to ensure that they could manufacture it, and they did,” Heyward said. “So, there’s a lot of skin in the game and a lot of belief from two big powerhouses that this product is going to go viral.”