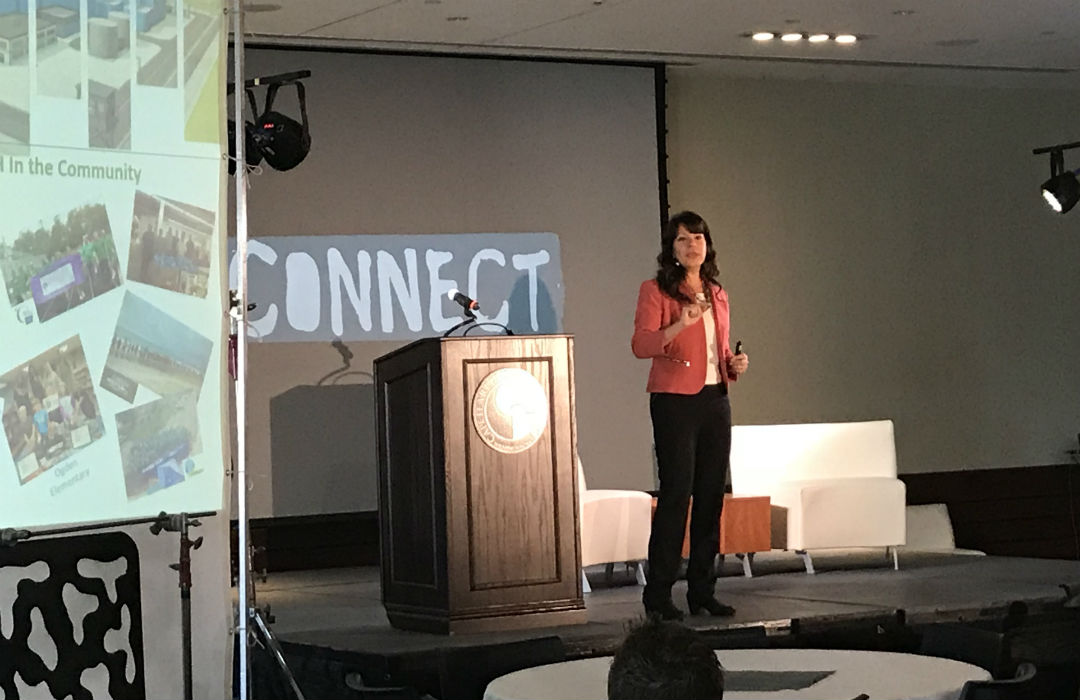 That was the message of Mona Badie, chief information officer and chief digital officer for GE Hitachi Nuclear Energy, during her opening keynote speech Friday at day two of the Cucalorus Connect festival.

The advancing technological age of the internet and analytics-based personal data gathering is now being applied to machines through GE’s very own digital platform, she said.

“Many people think of GE as dishwashers washers and dryers,” Badie said. “GE has been here for 125 years, but now it looks very different.”

GE has a global footprint of 300,000 employees around the globe, with 100,000 in the United States. GE has about 3,000 employees at its facility off Castle Hayne Road.

“When you think of innovation, you usually do not think of big companies; you think of startups,” she said. “But ... GE is one of them and understanding what worked in the past, the past business model is not going to make them successful in the future and [the company is] reacting to that.”

GE today is now forming a footprint on the industrial internet, she said.

“The vision was to become one of the top 10 software companies by 2020,” Badie said.

“Digital is taking over,” she added. “The internet of things, it is happening now, and it's all from the consumer's side. It's bringing convenience ... All that is happening on the industrial side [too].”

The company has since built its own platform called PREDIX, a digital software platform that collects data and analyzes an industrial machine, she said. GE has recently partnered with Apple to bring this software to industrial apps for the iPhone and iPad.

The company has also developed what Badie called the "Digital Twin," which is built into every machine and engine the company makes, saving companies on fuel and maintenance costs.

The data that comes with the machines and the models that are being used in the platform is constantly training and analyzing the machine through science, statistical analysis and physics. This using a Digital Twin allows companies to better understand and predict the performance of their machinery.

“This is not science fiction. It’s really true,” Badie said before playing a video that simulates how the software analyzes the performance of a machine, while a digital voice talks to a technician on how to resolve internal issues.

"Putting that platform together was another big idea that is making a huge change in the partnerships that we are getting. And from our perspective here in Wilmington, I do have ... two teams," Badie said. "I have the teams that write the software that we sell to the customers for the industrial internet."

Badie said this has been one of the biggest changes and transformations that GE has gone through.

"GE ... is changing from this big industrial conglomerate to being a digital company," she said.

Connect Conference officials estimate that about 400 people attended the event, which ended Friday.

Correction: The version of this story has been updated to reflect the correct attendance estimate for the Connect events.