UNCW Named One Of The Best Public Universities In The Country 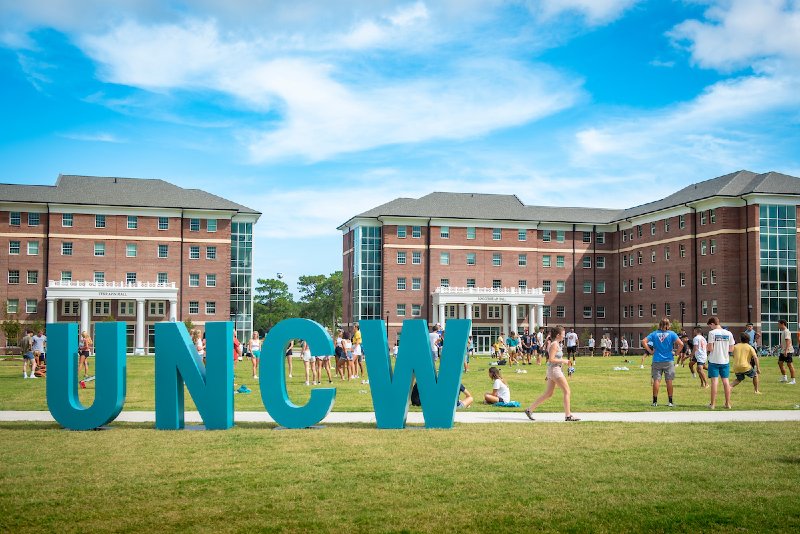 According to the list “Top Public Schools” by U.S. News & World Report, UNCW stands at No. 96 out of 100. The university is tied with Oklahoma State University and University of Louisville.

"UNCW's continued ranking among the top 100 public national universities in the nation reflects the high quality of our academic programs, research endeavors and community engagement partnerships," Chancellor Jose Sartarelli said in a press release. "UNCW excels because our students, faculty and staff embrace a collaborative, can-do attitude that defines Seahawk spirit. This recognition honors them and all that they routinely accomplish."

In the “Best Colleges 2022” list, which includes private schools, UNCW ranked at 187th place. The ranking by U.S. News evaluates more than 1,400 colleges and universities on up to 17 measures of academic quality such as student-faculty ratio and the average federal loan debt of graduates.

“UNCW has consistently been recognized for affordability and academic quality, both foundations of its Strategic Plan,” the release stated.

Earlier this month, UNCW announced it had set a new enrollment record with more than 18,000 students, the largest student body in the university’s 74-year history. UNCW’s graduate student population increased by 94% since 2016.

This high enrollment also comes during the coronavirus pandemic, which forced many schools, including UNCW, to operate virtually for much of 2020. This semester, students are back in-person with face-covering requirements.

With the university experiencing an increase in COVID-19 cases on campus in August many events were either canceled, suspended or moved online.

UNCW is one of three schools in the state, all from the UNC System, included in the public universities list. The others are UNC Chapel Hill (No. 5) and N.C. State University (No. 32).

According to the press release, UNCW has been undergoing efforts to increase its campus and academic offerings, including about $450 million in campus construction with the opening this year of the Student Housing Village

“The university recently opened a new film studies building; a new dining hall and a coastal engineering building are in the works, and UNCW has plans for future library expansion and renovation,” the release stated. “The university has also added several innovative academic programs, including new undergraduate degrees in respiratory therapy, cybersecurity and intelligent systems engineering and statewide partnerships to create pathways for community college students and for those students interested in becoming future pharmacists.”