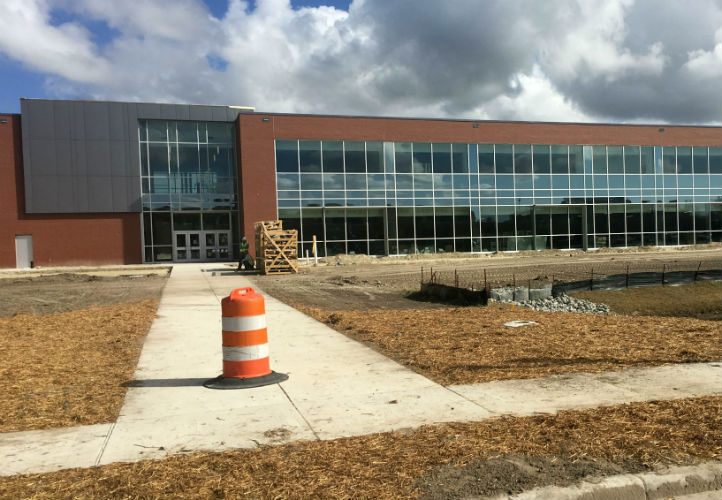 The ceremony will be held at 3 p.m. Thursday, when students and others join CFCC officials, including CFCC President Amanda Lee, at the center, 4500 Blue Clay Road to mark the opening.

The 74,000-square-foot A&ET building will expand on CFCC’s existing programs and includes 14,000 square feet of flex lab space that can be used for specialized training with commercial partners.  A rooftop lab is also part of the A&ET building's design, as well as a 130-seat lecture hall, the largest at CFCC's North Campus.

"Student interest in the [vet tech] program has been tremendous," said Nadeau.

The A&ET center was completed on budget, with a $37.6 million total for the project funded by the voter-approved $164 million bond referendum in 2008. This is the final project for the college funded by that bond.

“First and foremost we are thankful to the community for supporting the 2008 bond which funded the creation of our new Advanced & Emerging Technologies Center,” Lee said. “Each of the building projects from that bond have been designed with not only our students needs in mind, but those of the community as well. The Advanced & Emerging Technologies building is a great example of that. In addition to state-of-the art learning environments for our students, this new center will feature 14,000 square feet of flexible space for use by local business and industry."

Following the ribbon-cutting and program, all three facilities will be open for public tours Thursday. The facility will be open for classes this fall. According to college officials, registration is still open for fall classes, which begin Aug. 18.