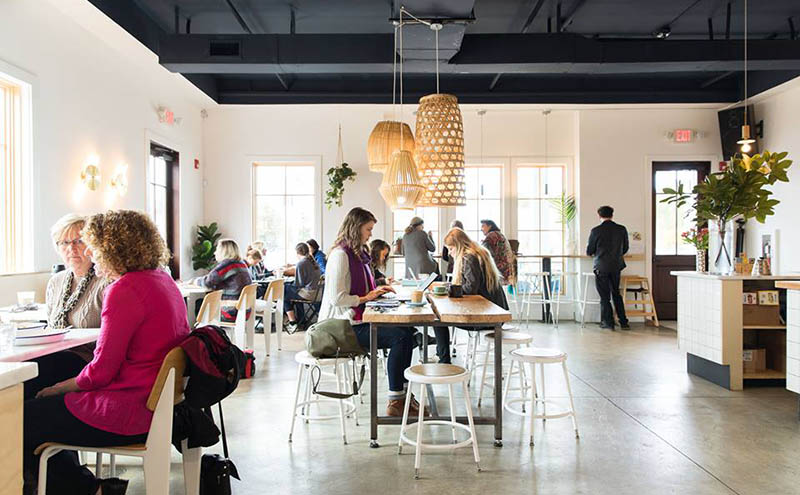 Michael Powell said the lease was signed in late January, but the brothers have held off on announcing the new location because the terms of the lease gave Starbucks up to one year to vacate the building. Powell said that he has received confirmation that Starbucks will be closing on May 11, allowing Drift to begin renovations in June.

Earlier this year, Renaissance Market developers said that Starbucks was moving into a newly constructed  outparcel building at the corner of Sir Tyler Drive and Military Cutoff Road, giving the relocated coffee shop a drive-thru.

“Because we’re taking over an existing coffee shop, a full build-out isn’t required, but we will be modifying the space to authentically fit our brand,” Michael Powell said about Drift's move.

Drift owners said that despite the short distance from their existing location at Autumn Hall off Eastwood Road, they believe a Mayfaire Town Center location will allow them to reach a broad customer base while maintaining their current business.

“It’s all about the ritualized visit,” Michael Powell said. “People want convenience, and we feel grateful for the opportunity to share what we do within this hub of commercial and professional activity.”

He said the Mayfaire location will be aesthetically different from the Autumn Hall location in order to make each space feel special in its own way.

“Our mission is to make people feel special by our three pillars: coffee and food, the people who serve it, and the space in which it’s served,” he said. “Cafés are hubs of connectivity, and we design our cafés to bring joy to our customers and motivate them to go out into the community and pass that on.”

Drift Coffee & Kitchen is expected to open at 1005 International Drive by late summer.