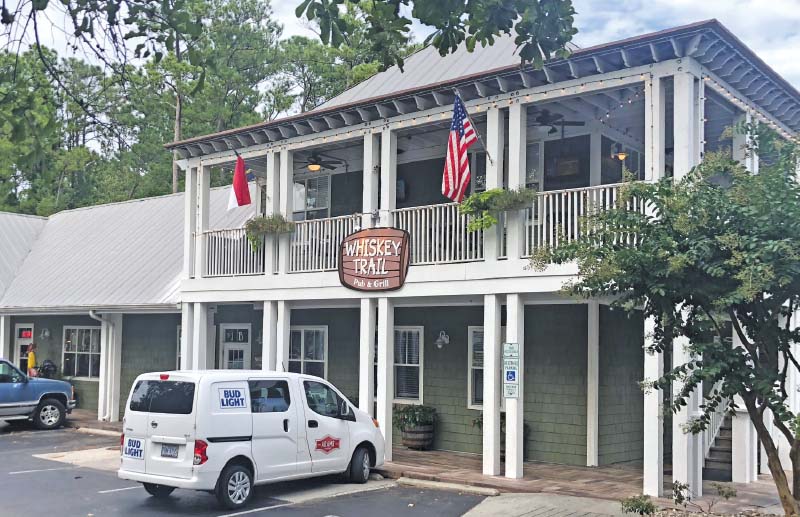 The county’s pre-existing, decades-old commercial zones, especially the most prevalent one – B-2 – are in need of an update, local officials and real estate professionals say.

For example, B-2, also known as highway business, has 90 different uses allowed by right and 42 uses permitted with a special-use permit.

“It functions as more of a catch-all district,” explained county officials in documents presenting the new commercial zoning districts, CB-Community Business and CS-Commercial Services, which were approved by the New Hanover County Board of Commissioners on July 1. “Potential uses range from neighborhood-scale retail and offices to heavy commercial and light industrial uses that may not be the most appropriate in more densely populated areas.

“This type of zoning tool worked for many years because the B-2 designation was applied primarily to properties that were already used for commercial purposes, already a part of the fabric of the community, and often located a distance away from residential neighborhoods.”

Over time, the staff report stated, neighborhoods grew, and in 1988, the county added large setback requirements between nonresidential and residential properties.

“These requirements reduced the likelihood that small lots potentially appropriate for smaller structures and businesses could be located near residential neighborhoods but failed to reassure residents completely,” according to the report.

Wayne Clark, director of planning for New Hanover County, said the new districts are set up to be less worrisome.

“CB hits your traditional community scale,” he said, “so nothing bigger than a grocery store-anchored center.”

In addition to the grocery store, you might have a drugstore, doctor’s office, hair salon, insurance agent’s office and similarly scaled businesses, Clark said, “the kind of stuff that’s probably not too bad to have in your backyard.”

Meanwhile, the CS zone is on the other end of the spectrum, Clark said.

“These are legitimate businesses – good jobs, good people – just not necessarily the prettiest stuff,” Clark said, such as car repair and equipment rental.

“The hope was to create places where they feel wanted,” he said. “You just can’t have a community and not have a guy that has some air conditioner parts in the back of his business or a plumber that has that has pieces of plumbing and pipe.”

Both CS and CB were adapted from the city of Wilmington zoning designations.

Hansen Matthews, partner with Maus, Warwick, Matthews & Co., said it made sense to update the zones.

“The city and the county are both having to move and adapt in ways of development that we haven’t experienced before, and just trying to lump everything into highway business leaves a lot of gaps,” Matthews said, such as uses that are unaddressed.

A mixed-use district, UMXZ, was also approved by commissioners July 1.

“During various meetings over the past few months, county staff has received feedback that the county’s current mixed use districts may not support all the development patterns outlined in the comprehensive plan and new tools should be considered,” according to the staff report. “While staff will be working with a consulting firm over the next year to develop possible neighborhood-scale, community- scale, and urban-scale mixed use districts, an adapted city UMX district was suggested as a potentially effective tool for the county’s jurisdiction that did not have to wait on additional study.”

UMXZ aims to balance “a wide spectrum of permitted uses with very specific design standards intended to create a more urban form that could be appropriate in the Urban Mixed Use places and some Community Mixed Use places shown on the Future Land Use Map,” the report said.

“Stakeholders have indicated that the county’s Planned Development (PD) district could be a useful tool in creating some of the integrated mixed-use development patterns outlined in the Comprehensive Plan, and this district has been used successfully in the past for the North Chase and River Bluffs developments,” the staff report stated. “However, staff analysis indicates that the district size requirements and fringe use restrictions limit its ability to be used in most of the county’s jurisdiction.”

Changes include a decrease in the size requirement from 100 acres to 10.

“The limited amount of large vacant tracts remaining in the county and post-recession challenges in developing multiphase projects over long periods of time have made significant use of this model less likely,” the staff report stated. “Reducing the minimum district size for a PD could increase the likelihood that it will be used to create the types of mixed use developments envisioned by the Comprehensive Plan.”

The report said 10 acres is “generally large enough to accommodate a mix of uses and allow for fewer development phases and shorter development timeframe.”

Now that the PD changes and new zones have been approved, the county could see more of a variety of development, officials said.

“There’s so many things that are possible,” Clark said, “if we get out of the way and let the businesspeople find ways to be successful.”