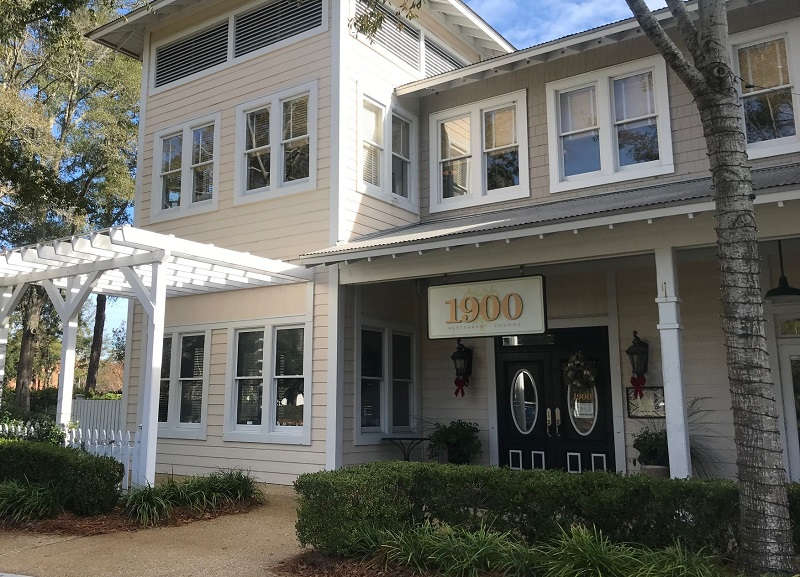 1900 Restaurant Lounge is one of several bars and restaurants in Wilmington changing hours to fall in line with a modified stay-at-home order and curfew starting Friday. (Photo by Cece Nunn)
Business owners in the restaurant and bar industry say the new stay-at-home curfew hours will have an impact on sales.

That's especially troublesome at a time when many loans that have kept businesses going through the COVID-19 pandemic are running out, as well as the already hindering effects of the winter season on local businesses, said Brookes Musser-Stone, co-owner of Capt'n Bill's Backyard Grill, a local bar, restaurant and 10-court outdoor volleyball facility at 4240 Market St. in Wilmington.

“Ultimately, this is impacting us big time with the ripple effects. It causes a lot of anxiety for the owners and staff because they don’t know what’s going to happen and they already know that we’re going into a slow season … and now this,” Musser-Stone said.

Gov. Roy Cooper announced Tuesday that the state would begin a modified stay-at-home order due to the increase in coronavirus cases in North Carolina. The new order requires people to stay at home between 10 p.m. and 5 a.m. starting Friday and will run until at least Jan. 8, according to a news release.

Retail businesses, such as those that sell groceries, medication, health care supplies and fuel, can remain open outside curfew hours. But others, such as restaurants, bars, entertainment venues and personal care businesses will have to close their doors at 10 p.m., stated the release.

In addition, the order states that alcohol sales for on-site consumption, including those at restaurants, must stop by 9 p.m. Establishments may continue, however, to sell alcoholic beverages for off-site consumption, subject to applicable laws and regulations.

"We have adjusted our [volleyball] league times to try to make sure everyone can get in and be out of here before 10 p.m. We won't have any alcohol sales past 9 p.m., which will really impact our overall business," Musser-Stone said.

And as of Wednesday afternoon, there were four calls from people canceling parties at the establishment, she said.

Typically the business is open until 11 p.m., but the two-hour window being lost makes a difference in sales, she said. Capt’n Bills has adjusted league times, as well as business times, due to the new order.

"Our late games, that's a whole other set of people out here. And so it's pretty much eliminated our ability to have sales, other than food, for that whole second group of people," Musser-Stone said, adding that many of their customers enjoy a beer during volleyball games.

Ken Oliver, owner of 1900 Restaurant Lounge at 1900 Eastwood Road, said he is closing his business at 10 p.m., in line with the curfew hours. The bar and restaurant is typically open Tuesdays through Saturdays from 5 p.m. until 2 a.m.

“We have been busy through the old phase since we’ve reopened. But we feel like this is going to really hurt our employees, more so than me, where they’re not going to be able to survive with us being open for five hours,” Oliver said.

Oliver said he is worried about how his 14 employees will be able to make enough money in that shorter timeframe. Adjustments to his workforce will also need to be made, he said.

“It’s going to impact places like myself more than your average restaurant. And it’s going to affect sports bars, and anything that has a combo of food and alcohol and entertainment, a lot,” Oliver said. “We’ve gone backward again. In my opinion, a lot of bars are going to go out of business at this point.

"Any place that is a restaurant/bar, is going to be affected the most … bars, which serve food but they stay open late, rely on alcohol. We do and a lot of places like us – probably about 40% of your restaurants are set up that way," Oliver said. "They don’t really make that much money on food; they make money on the liquor sales during that time.”

Wrightsville Beach Brewery Owner Jud Watkins, however, said the upcoming winter season might have a greater impact on business, than the new orders.

“COVID-19 has made for a difficult year for anyone in the brewing and restaurant industry; it’s been even more difficult of a year for our brothers and sisters in the bar industry. While we understand the need for change in order to curb the rapid spread of this nasty virus, it’s hard to face more restrictions without any sign of help for small businesses and our employees from our elected officials," Watkins said.

"I guess in a worst case scenario, we will go back to our drive-thru model as we did before but that’s definitely not ideal or profitable in the long run," he said.

End of Days Distillery at 1815 Castle St. isn't having to adjust hours because of the new orders --  the business already closes at 9 p.m., said Oliver Earney, a business partner.

They worry, however, about their fellow businesses around town, many of which sell their vodka, gin and rum, he said.

"We've already been closing down before the curfew, but typically we tell our customers to go to [places] in downtown Wilmington because they stay open a little bit later," Earney said. "So from our perspective, it's not really going to change our business, as far as the hours go. But because bars and restaurants are such a key part of our sales -- and we are so appreciative of the support for bars and restaurants in the local area -- we know it will have an impact."