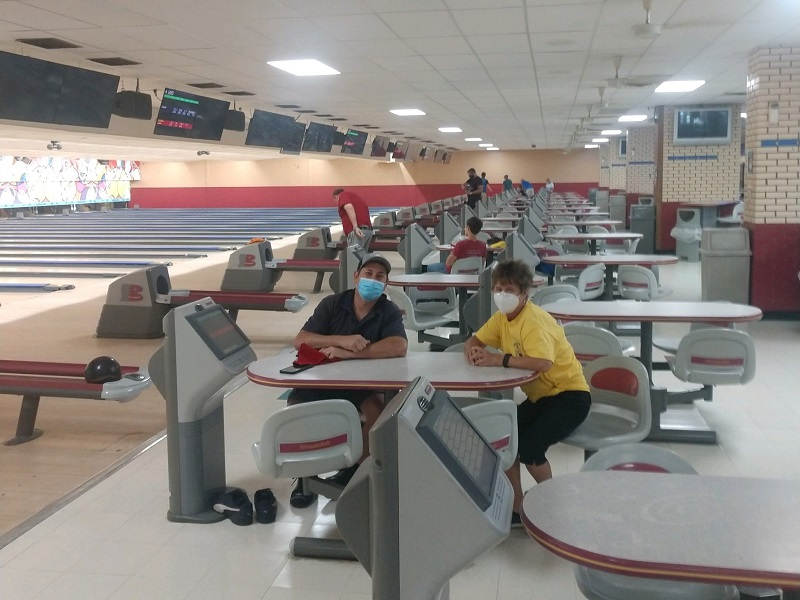 Margaret Grago had to close her bowling alley, again, after reopening last week.

A court ruling allowing bowling alleys to reopen, won by a group of bowling alley owners July 7, was placed on temporary hold Tuesday by the N.C. Supreme Court.

Along with other initial restrictions, Gov. Roy Cooper had announced the closure of bowling alleys in March to help slow the spread of novel coronavirus COVID-19. But other businesses were allowed to reopen under orders issued in subsequent months.

“I think the whole thing is unfair to be honest with you,” said Grago, one of the owners of Ten Pin Alley and Breaktime Billiards at 127 S. College Road, on Wednesday. “Some businesses can stay open and others can't and it just doesn't make any sense.”

Many retail establishments, salons and restaurants have been able to welcome customers back in the state’s reopening plan, and schools are set to reopen in some form in August.

“I just don't think it's safe for children to go back to school if it’s not safe for businesses to open,” Grago said.

Grago also said, “I love Gov. Cooper, don't get me wrong. I think he's doing a great job, but I think he's being unfair when it comes to businesses.”

In announcing that schools would be reopening but restrictions would still be in place for the state's phase two plan, Cooper said, “As we continue to see rising case numbers and hospitalizations, we will stay in Safer At Home Phase 2 for three more weeks. Our re-opening priority is the school building doors, and in order for that to happen we have to work to stabilize our virus trends.”

“Unless I receive an official notification, I’m not closing,” Schnell said. “I want something on paper.”

Schnell’s business has been around for nearly 50 years, and he’s worked there for 40 of those, purchasing the bowling alley about 15 years ago.

"No business can survive this kind of thing. ... If we stay closed for another four months, there won’t be a Cardinal Lanes,” Schnell said of the Shipyard Boulevard bowling alley.

Wilmington also has a Cardinal Lanes Beach Bowl bowling alley, but a representative of that business was not available to comment on the latest bowling alley news as of deadline Wednesday.

Unlike Grago, Schnell is not happy with Cooper.

Schnell said, “I’m not usually a political kind of guy, but I will do everything I can in November to defeat Roy Cooper.”