Some Businesses Close Permanently In Wake Of Coronavirus Crisis 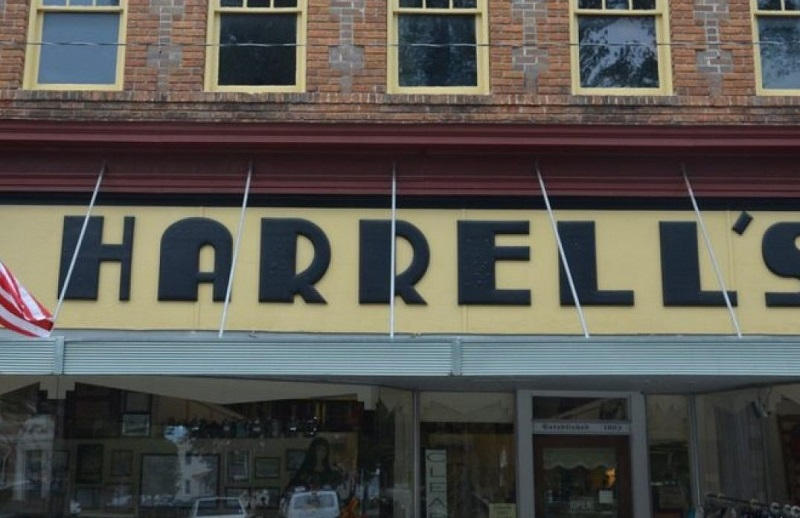 Harrell's Department Store in Burgaw is expected to close its doors in July after more than 100 years in business. (Photo courtesy of Harrell's)
The COVID-19 pandemic has put a strain on area businesses, and for some, the pressure has meant permanent closures in the Cape Fear region.

Among them is the longtime Burgaw business Harrell’s Department Store, which recently announced the closure, set to take place later this summer, on its Facebook page. The store has been owned by the Harrell family since 1903.

Owner Vernon Harrell said there were a number of factors involved in the closure of the retail business, including the coronavirus pandemic.

"Retail business in general, if you have businesses like Nordstrom in bankruptcy, that's an indication of the tenuous nature of the clothing business," he said. "But at the same time things were moving for us, but when the pandemic hit and closed us down for that extended period of time, it made things very apparent how tenuous our situation really was. And that basically told us the story that we needed to close the shop."

Other retail chains, such as Pier 1 Imports locations in Wilmington, are also part of the growing nationwide list.

The entire Harrell family business, however, is not going to disappear, he said. There are parts of it that are productive and profitable, such as its appliance repair business and special orders for clothing.

"But as far as a large store full of clothing, it's not in the future for us," Harrell said.

The store, at 107 S. Wright St. in Burgaw, is expected to close permanently in July. The Harrells have not yet decided what the business will look like after that. The family, however, is still maintaining its ownership of the real estate there, which is made up of two buildings.

The store closing "opens up opportunities for young people to come in and start new businesses. So that is my hope for the town of Burgaw and of course, for my building as well," Harrell said.

Another recent permanent closing announcement was posted to Painting with a Twist Wilmington's Facebook page. The family-owned paint-and-sip studio, which has been in business for six years, stated that it was not reopening.

"We hate to watch the business we built from the ground up disappear, but we're even more saddened for the loss to the community," the Facebook post stated.

After 21 years in business, South College Sandwich & Deli, announced June 10 that it was unable to recover from the COVID-19-driven loss to its business and would close permanently.

Downtown Wilmington eatery Stalk & Vine, another restaurant to announce its permanent closure recently, is another economic victim of the crisis.

The service industry has been highly impacted during the pandemic, said Jerry Coleman, director of the Small Business Center at Cape Fear Community College.

The region will likely see a fairly significant number of businesses that won't make it through, he said.

"I think 40% is on the high side," Coleman said, citing a figure commonly used by FEMA on the percentage of small businesses that do not recover following a disaster.

He stated that the impact to the region could be more around 30% of small businesses shuttered, since some firms have been able to maintain some sort of level of operation.

"It is a little bit of a different scenario and maybe a mistake to look at a natural disaster as an example of what we might see in this. I do think it's probably a less significant number [but] a concerning number," he said.

"It's been tough," Coleman said. "It doesn't mean they're out of business; they're restructuring things. So it's difficult. We work with small businesses throughout New Hanover and Pender counties, so I do have a couple of clients that have explored that opportunity, in an effort to not lose everything, keep things going.

"Those are options people are looking at now, rather than close their business. It's another option that's available to small business owners as they try to navigate through the situation."

A lot of the businesses are in the service industry, including bars, clubs, restaurants and health clubs.

"This hasn't ended," Coleman said. "We're continuing to work through it, and with cases continuing to rise, that's going to extend the economic impact on small businesses the longer this goes as people continue to be concerned about eating out and going out and doing things."

A lot of funds are starting the flow from the Paycheck Protection Program, and other federal funding to help businesses through the pandemic, he said.

There are also a lot of localized efforts taking place, such as the grants that have been offered through Wilmington Downtown Inc. and New Hanover County.

On top of the financial support for businesses, Coleman encourages businesses to seek resources across the Wilmington region -- places like the CFCC Small Business Center -- that are ready to help, Coleman said.

"Now more than ever we need to shop local," he said. "That's going to make the difference when we pull together as a community and everybody is focused on what we can to do help our small businesses, and try to minimize that 30% or 40% as much as we can."