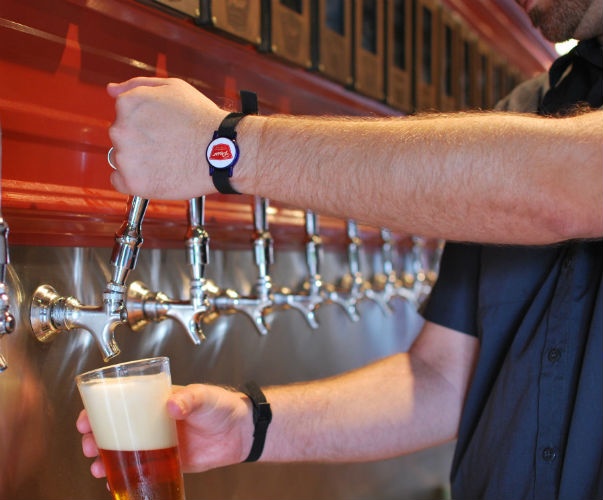 Pour Taproom was one of the latest recipients of a grant aimed to help downtown Wilmington businesses. (File photo)

Additional downtown Wilmington businesses recently received grants from a program called Re-3, which aims to help them restock, reopen and recover as a result of the coronavirus pandemic, according to an announcement Friday.

Wilmington Downtown Incorporated (WDI) and the Longleaf Foundation officials stated in a news release that an additional $20,000 in funding has gone to small businesses through the Re-3 program.

That means a total of 37 downtown businesses have now received the grants.

“When we launched this effort last month, we had high hopes – but the community’s support for the program has truly exceeded our expectations,” said WDI Chair Dane Scalise in the release.

This is the third round of Re-3 Grants announced by the program organizers. A total of $110,000 has been awarded to area businesses.

"The grants were made possible because of many donors, including a leading gift from nCino," the release stated.

A complete list of donors can be viewed online.

“This grant will help us ramp up and be ready to open for customers when public health officials give the go-ahead,” said Hayley Jensen, co-owner of Beer Barrio, in the release.

“Small business owners have many responsibilities, and this helps relieve some of the financial stress,” she said.

“Like many other businesses, we had to change our entire business model to adapt to the restrictions on restaurants and pubs,” said Pour Taproom owner Brian Ballard in the release. “While curbside service remains available, we are looking forward to welcoming people back indoors for food and craft beverages in the near future."

WDI has distributed all the funds that have been received for the Re-3 program, the release stated.

WDI President Ed Wolverton said in the release, “WDI has aggressively and simultaneously directed several recovery programs and has more ideas to introduce as the summer unfolds.”