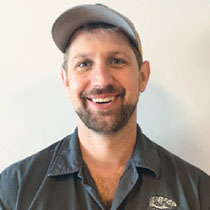 My name is Jud Watkins, and I am owner/operator of Wrightsville Beach Brewery. As you well know, the brewery/restaurant/hospitality industry has been harshly impacted by COVID-19 and the associated mandated closures.

For the record, I think it is important to state that I support the closures, even though they have taken a tremendous toll on my business and my staff. Anything we can do to help our nation’s amazing first responders and emergency medical personnel will always take priority over my business’s day-to-day operations.

I would also like to make it clear that I appreciate the efforts of Congress to keep America employed by quickly passing the CARES Act and the Paycheck Protection Plan associated with it. However, I think it’s important to let you and all the members of Congress know that PPP loans were clearly not designed for most businesses operating in the hospitality industry.

Please allow me to explain why and attempt to shed some light as to how Congress can help an industry being crushed by this nasty virus.

Servers, bartenders and line cooks cannot work from home. As long as our public dining and drinking spaces are mandated to be closed, it does not make sense for many employees to return to work.

Moreover, for the sake of my own staff’s health, I think it is unwise for more than half of them to be in the building. At Wrightsville Beach Brewery, under advice of doctors, we have gone so far as to split into two teams, working on alternating days in efforts to be as safe as possible with the employees who have been able to continue working.

For my business personally, we have reinvented ourselves five times over in the last three weeks in efforts to keep at least half of our staff employed. Instead of being a restaurant and brewery, we are now a drive-thru service for beer, groceries and pizza attempting to find a way to become profitable and viable again.

I consider us to be fortunate as I look around at my peers in the brewing and restaurant industry because many of them have not had the ability to adapt due to forces beyond their control and have been forced to temporarily close their businesses.

If full forgiveness of the PPP loan hinges on rehiring to full staffing levels, I would kindly ask that Congress continue to refine the process by adding special provisions for the hospitality industry so that you do not put business owners in the awkward position of asking employees to return to work in a space that has been mandated by the government to be closed.

Asking an employee to do so is counter-intuitive and goes against the advice of every doctor with whom I have spoken.

Frankly, I think it would be irresponsible to ask my full staff to return to working in our normal close proximity.

With half our normal staff working spread across the entire building, we can stay 6-10 feet apart and keep fewer than 10 employees in the building at a time. If we are allowed to delay when we receive and use the PPP funding based around a logical timeline that coincides with government mandates, more businesses will succeed and stay viable in the long term.

I believe all members of Congress can agree that the spirit of this legislation is to help businesses succeed. If such special provisions are not made, Congress is effectively asking employers to force their staff into unsafe conditions; return to perform work that does not exist; and risking pushing many of those employees right back into unemployment when the PPP funds run out if business volumes haven’t returned to their previous levels.

The benefit of the delay is that a restaurant or bar has the prospect of gradually increasing sales from the time of PPP rehire; not struggling through the pains of drive-thru or curbside-only service while doors are still mandated to be closed.

Thank you in advance for your consideration of these special provisions for the hospitality industry. Wilmington isn’t alone in being a community that is heavily dependent on hospitality and tourism-based jobs so any efforts to move such provisions along would not only be helping your constituents but also millions of Americans.

P.S. When all of this has blown over, I hope you’ll come have a pint of our latest beer, “The Six Foot Rule Ale.”

Jud Watkins is the owner/operator of Wrightsville Beach Brewery.