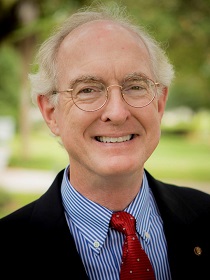 Charles Boney, Lindsay Gregg and Acquenetta Wheeler are new to the Cameron Art Museum board, according to a news release.

“The Board of Trustees at Cameron Art Museum is made up of a team of dedicated advocates for the museum’s work that believes in the power of the arts,” said Anne Brennan, executive director of Cameron Art Museum, in the release. “We are pleased to announce our new board members, as well as our new officers, and we are excited about the contributions they will bring to our community.”

Boney is principal and chief relationships officer of LS3P Associates Ltd. He started working for the architectural firm in 1978.

Gregg is the owner and principal designer of LSG Interiors based in Wilmington. She spent the first nine years of her career working in set decorating and art departments in the film industry.

Correction: This story has been updated to reflect the correct photo for Charles Boney.