Coastal Carolina Curling Club To Slide Into Own Facility 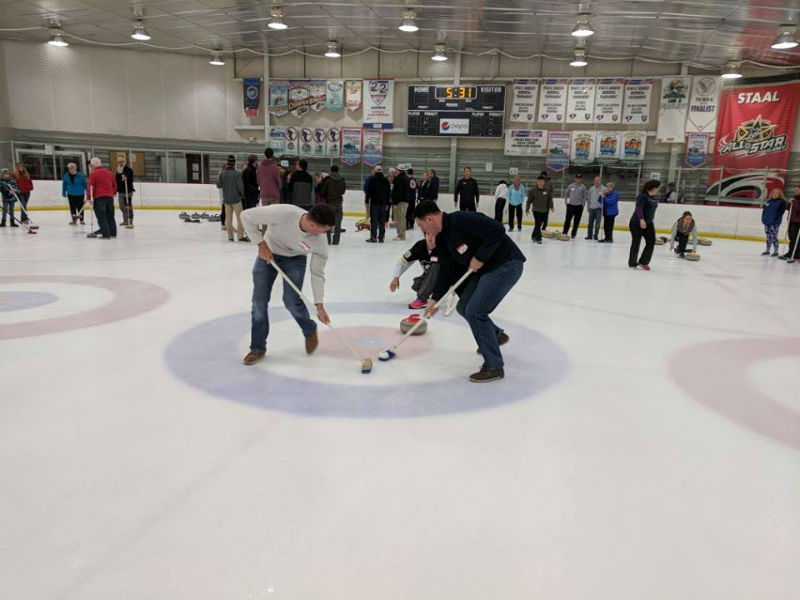 The club has outgrown the Wilmington Ice House, which is where members hold their practices, events and games, said Jason Allen, building committee chair with Coastal Carolina Curling Club.

“[Plans are] to grow the sport, but we just don't have enough ice time to offer to a lot of people based on their schedule,” Allen said. “So that's probably the big initial reason, and we can only grow so far with curling with what we have at the moment.”

The current options for the dedicated curling space include leasing a building and renovating it or buying land and building a new facility.

“We're following business models of two different clubs that we've reached out to. One being the Triangle Curling Club in Raleigh who opened up their curling facility in 2015,” Allen said. “So we're trying to gauge opportunities and availability of what's here and cost. Each has its own challenges, and each has its own benefits.”

Because of high development costs in Wilmington, the club will most likely open a location outside the city.

Earlier this month the club sent out a survey to members and the community asking for their input, including how far they are willing to travel to the facility and what features are most important to them.

To finance the new facility, the club is looking to raise money through fundraisers that would cover the cost of equipment, repairs or land cost as well as bank loans.

The Coastal Carolina Curling Club was founded in 2011 by Dick McCartney and currently has 35 members, the maximum the club can sustain at its current facility.

With a new facility, the club expects to have an increase in memberships, accommodating up to 75 to 100 members in the first year, he said.

The growing interest in the sport is largely due to the Olympics, Allen said.

“I know nationwide it started with the 2010 Olympics but has grown in popularity ever since and topped out with America winning the gold medal in the 2018 games," he said. "All the clubs nationwide, especially in North Carolina, saw a huge uptick in interest. Plus, with NBCSN carrying Curling Night in America and then the Olympic Channel carrying various world championships live and web streamed on YouTube, it's really growing very fast."

Club officials hope to have a facility open by the 2022 Olympics but will depend on how fundraising and location scouting goes.

“That's our goal because that's the next Olympics and when the next interest cycle will be,” Allen said. “That’s when I think would be the greatest opportunity for us to capitalize on the interest.”