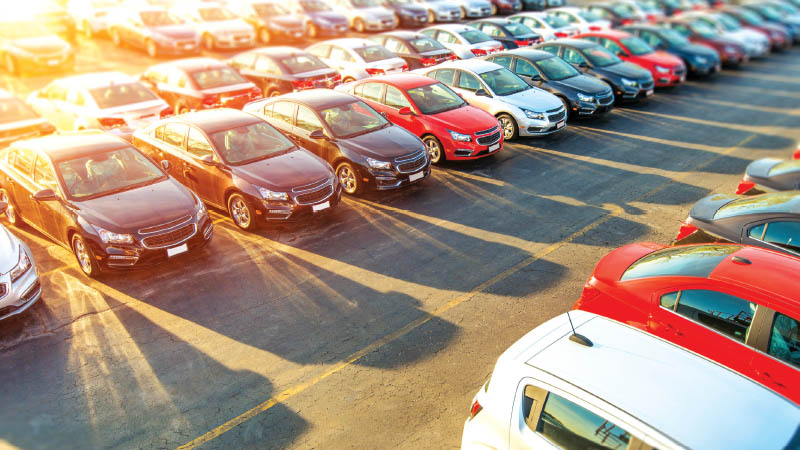 Earlier this year, economists at the New York Fed issued an alert: Auto loan delinquencies are seriously on the rise, as increasing numbers of borrowers fall behind on their payments.

Here is what Bankrate, a consumer financial services company, reported Feb. 12:
“Some 7 million Americans are 90 days or more behind on their auto loan payments, new data released by the Federal Reserve Bank of New York shows.

“The number of delinquent loans follows a trend of steady increases since 2011 and has risen to the highest level in the 19-year history of the bank’s loan origination data.”

This was surprising news to many, given a healthy job market and some indications that wages are increasing, but it wasn’t news to attorney Richard Cook, owner and managing attorney of Cape Fear Debt Relief in Wilmington.

“Unsophisticated consumers, especially those with bad credit, make poor choices,” he said. “They would like to be in a nice, newer car.”

Car prices have risen substantially in recent years. Kelley Blue Book reported in February that consumers paid an average of more than $36,000 for a new vehicle in 2018.

“Sales people are really good at what they do,” Cook said, explaining that the auto salesperson will often ask a prospect, “How much can you afford each month in a car payment?” instead of “How much car can you afford?”

“We’re seeing six- or seven-year loan payoffs with the higher prices on cars,” Cook said. “People are overextending. And if [buyers] are dealing with financing on the car lot, they are paying higher interest rates. For example, Santander [Bank], which does a lot of financing for auto dealers, charges 13 percent.”

Military personnel are among the most vulnerable for predatory lending practices, according to Cook.

“These are often 18- or 19-year-old enlisted folks who are living on base and have minimal bills. They can fall for that shiny new $40,000 truck.”

“In order to avoid being a victim of predatory lending, you have to do your homework and go with a trusted lender. Predatory lenders are looking for prospects who are looking to buy too much car,” he said. “It’s important to know how much vehicle you need and can afford, and to be willing to walk away from a bad deal.”

When Perez speaks to service personnel, he emphasizes three elements that contribute to financial security: budgeting, saving and investing, and protecting one’s assets.

“I have a couple of rules of thumb,” he said. “When you borrow, the life of the thing you’re buying should be longer than the [term of the] loan you take out. If you buy a used car, maybe the term should be four years; don’t take out a loan for five or six years. And don’t negotiate on the monthly payment alone.”

Through the process of budgeting, individuals can determine their monthly disposable income. That’s a guide to knowing how much debt they can take on, Perez said.

“A person's total debt payments should not be more than about 20 percent of your disposable income,” he advised.

The need to provide financial support to two generations of family members has meant that people potentially in the so-called “sandwich generation” are not able to build their savings or invest for retirement, a recent study shows.

The study, commissioned by PNC Financial Services, surveyed individuals between 30 and 60 years of age who are their household’s financial decision makers. Of those surveyed, 38 percent said they do not have an emergency savings fund. Another third said they have less than $25,000 saved for retirement.

“Think about this generation: when they were getting ready to save for retirement, or for their kids’ college, etc., this concept of ‘save-for, take-care-of-my-parents’ was not on the radar,” said Orlando Cruz of PNC Investments in Charlotte. Cruz oversees the firm’s Eastern Carolinas and Wilmington markets.

The demographic it surveyed “is acutely aware of its financial shortcomings,” PNC’s survey report stated.

Instead of that recognition spurring action, however, the survey found that the stress about finances is overwhelming to them, so they prefer not to think about it.

“Our survey revealed that many members (29 percent) of the sandwich generation would prefer to bury their heads in the sand and avoid thinking about their finances,” Rich Ramassini, director of strategy and sales performance for PNC Investments, said in a news release announcing the survey results.

This phenomenon is quite common in the Wilmington area, Cruz said.

“We see that quite a bit in our branches on the coast: older people who have just moved in to the area. A lot of seniors, boomers, are many times following their children who have come to the Carolinas for work,” he said. “Now they are getting older and not doing well.”

Cruz recommends that families have “uncomfortable conversations” before matters force them to.

“Let’s think about mom and dad; grandma and grandpa. If they are sick and unable to take care of themselves, what is our plan around that? By having an oral agreement or a written document, that will alleviate the stress,” he said.

“We advocate working with a professional with deep understanding – a dispassionate third party. And [arrange for] power of attorney on your account before you need it. That becomes very complicated post-dementia.”

This version of the story has been updated to correct Carlos Perez's statement regarding the maximum percentage of a person's disposable income that should be committed to debt payments.