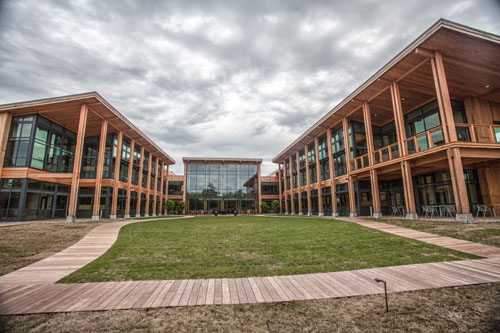 There was evidence earlier this year that the Wilmington-based bank was considering going public. In April, Live Oak Bancshares, the bank's parent, filed a Form S-1 Registration Statement with the U.S. Securities and Exchange Commission, the first step in offering shares of common stock to the public.

Wednesday, however, bank spokeswoman Laura Petty said in an email that Live Oak Bancshares has “closed on a private investment from Wellington Management and will withdraw from an Initial Public Offering (IPO).”

Wellington Management has made an investment that allows Live Oak Bancshares to “build out a fortress-like balance sheet and remain private,​” Petty said.

She did not comment on the size of the investment.

The term “fortress-like balance sheet” is used in financial circles to describe an institution with a very strong financial footing, with a healthy layer of the bank’s own money at the foundation.

Bank officials initially stated in their SEC Registration Statement that they would use net proceeds from a sale of stock shares to “pay off outstanding debt of the Company estimated to be $8.0 million at the time of the offering, to support the growth and expansion of our franchise and for general corporate purposes such as investments in the development of new technology platforms.”

“We may also use net proceeds for possible acquisitions of, or investments in, bank or permissible non-bank entities, including opportunities to enhance and optimize our internal operations," the filing stated.

Wellington Management is a leading investor in financial services companies and also a current investor in nCino, Petty said Wednesday.

The company is headquartered in Boston with offices in several U.S. and international cities.

Live Oak Bancshares may go public in the future, though no date or timeframe has been set, Petty said.