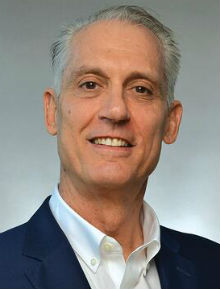 Kaczmarek, who has over 30 years worth of experience in the pharmaceutical industry, will focus on advancing Alcami's next phase of strategic growth, according to a news release from the company, which lists Wilmington as its headquarters on its website.

"Alcami is highly regarded for its broad capabilities, technical expertise, and ability to collaborate with its customers to consistently deliver high-quality results. This value proposition, which the company has honed over the past 40 years, will serve as the foundation for our future," said Kaczmarek in the release. "I look forward to working with the team to determine how we can provide even greater value to our customers as we continue to expand our capacity and capabilities."

Alcami officials had announced in 2017 that the company was transitioning its global headquarters to Durham from Wilmington, scrapping previous plans for a major expansion in the Port City. But company officials stated in an email Thursday that Wilmington is the firm's headquarters city.

According to the release, Alcami has about 900 employees across six sites in the United States that serve biologics and pharmaceutical companies of all sizes.

"In Wilmington, we have a team of nearly 400 dedicated employees," said Michael Walsh, Alcami's marketing manager, in an email. "We have several current job openings which can be found on our careers page of [the] website. Alcami is a growth business; the hiring needs to support our growth are expected to continue into 2021."

​Stephan Kutzer, the firm's previous CEO, no longer has any role at Alcami, Walsh stated.

The company announced in 2018 that it had reached an agreement to be acquired by a Chicago-based private equity firm.

"Walt's track record of consistently leading pharmaceutical businesses to achieve high levels of growth makes him the ideal executive to advance Alcami forward," said Harry Kraemer, chairman of the board at Alcami, in the release.