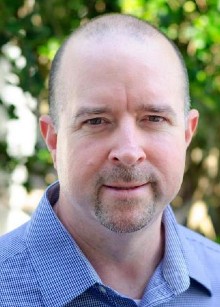 From the nominees, Perkins was selected by the leadership team as the recipient of the award "for his constant alignment with the company's core values. Daniel's peers were impressed 'with how quickly he has excelled and his willingness to help in whatever situation possible.' Daniel was described by his coworkers as 'a great asset to the team and an example of caring,'" according to the release.

The nomination also stated, "From the day he started working to when the laundry room had a huge back-up and he worked tirelessly at the warehouse, he has shown that he can adapt to different situations. He adapted to working in the laundry room at a different office location while still continuing to complete his other duties. He adapted to his new role, new employees and new procedures with a smile on his face. "

Along with receiving the award, Perkins was also awarded a $10,000 bonus, and Bryant Real Estate donated $5,000 each to Perkins' charities of choice, The V Foundation and Paws4People, the release stated.

According to the release, the award carries on the charitable legacy of Bryant Real Estate's founder, Annie Bryant Peterson.