By Staff Reports, posted Nov 23, 2022
Tweet
Longtime Wilmington community leader Louise McColl has been honored by President Joe Biden with The President's Lifetime Achievement Award "for her role as a volunteer representing America’s strength and national identity," according to a news release.

The award was presented to McColl (pictured below, at left) at a recent Wilmington Central Rotary meeting.

"This award honors individuals whose service positively impacts communities in every corner of the nation and inspires those around them to take action," the release stated. Recipients have completed more than 4,000 hours of service throughout their lifetimes.

At the award ceremony in Wilmington, Rotarian Jeremy Tomlinson said of McColl, “We all would like, and mo 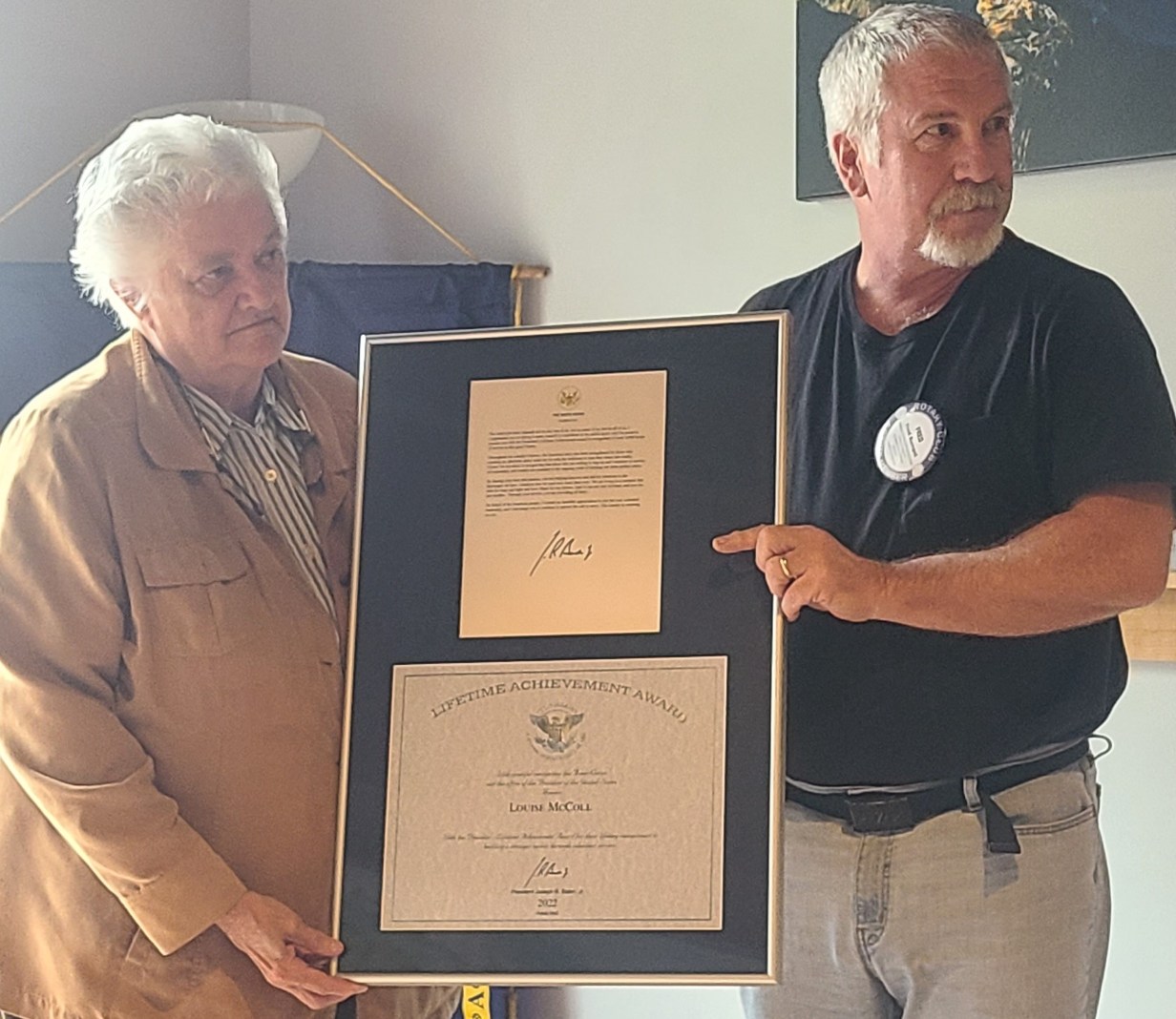 st of us try, to use our time, money and talents to make our community a better place to live but to find someone who applies this motto to themselves every day is rare.”

A Wilmington native, McColl graduated from New Hanover High School and worked for Belk Beery for 25 years. During her career, she joined the U.S. Jaycee Women’s organization, where she served as president on the local, state and national levels. She spent 1977 as national president and worked with Jaycee Women in all states, the release stated.

In 1989, she opened McColl & Associates, focused on meeting, event planning and fundraising.

Her community involvement continued as a member of numerous boards and organizations, including Thalian Hall, the Cape Fear Community College Foundation (first emeritus member), Wilmington Chamber of Commerce, the Wilmington Planning Commission, the North Carolina Economic Development Board, the State Board of Transportation and the North Carolina State Ports Authority, where she served as vice chair, according to the release.

When asked about her inspiration to continue serving, McColl stated in the release, “I love this community. Since I was 22 years old, I have volunteered in this community, state and country. I have learned that if things are to be better, it will be up to us. I have been able to meet new friends and extended family members. I have been able to see the faces and tears of the many people we have helped in our community and many I have cried with. I have seen women and men climb the ladder of success because they cared enough to help others. I love the boards that I have been asked to serve on."