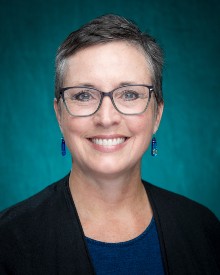 Kimberly Cook
Kimberly Cook, professor in the Department of Sociology and Criminology at UNCW, has received the Division on Critical Criminology & Social Justice Lifetime Achievement Award from the American Society of Criminology, according to a news release.

The award, the highest honor of the division, recognizes sustained and distinguished scholarship, teaching and service in critical criminology, the University of North Carolina Wilmington news release stated.

Cook was recognized for her scholarship and activism in the fields of violence against women, wrongful convictions, feminist criminology, restorative justice and survivor criminology, according to the release.

“Not only has Dr. Cook contributed as a scholar, but she has also contributed to social justice for marginalized groups and sets an example for critical criminologists,” noted the selection committee.

“I went to college as a single mother on welfare after surviving domestic violence. I know what being marginalized and exploited is like,” Cook said in the release. “Pursuing social justice with my academic expertise as an available tool allows me to integrate my personal and professional commitments with humility and determination. I am honored to receive this award from my academic peers, and I’m deeply grateful to the many community partners who welcome my involvement. They earned this award too.”