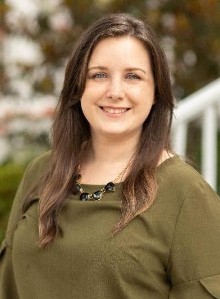 Stephanie Ellis (pictured at right) joined the Autumn Hall office. A longtime resident of Eastern North Carolina, she grew up in the Jacksonville area and has lived in Rocky Point for several years. With a background in automotive sales, finance and service, "Stephanie is well-versed in addressing client needs," the release stated. She said she chose to transition into real estate because she loves “helping people and building long lasting relationships,” according to the release. In her free time, Ellis "enjoys photography and going to the beach."

David Kitzman (pictured below) joined the Carolina Beach office. He spent 15 years living in Peru and is fluent in Spanish, "making him a great asset to the company, which is proud to serve the vast and varied demographics of Eastern North Carolina," a news release stated. A father of six, he "loves to surf and go to the beach," the release stated.

The following new sales associates joined the company in May: 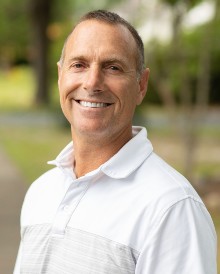 Kim Lane joined the Autumn Hall office in Wilmington, and has a background in property management. Lane "is active in her HOA and loves the beach and spending time with family, especially her granddaughter, Charley," according to the release.

Chris Meek also joined the Autumn Hall office. A teacher since 1995, his background in education and coaching "has prepared him for his career in real estate," the release stated. He has been an active volunteer in church and youth sports since the late ‘80s and he continues to train young sports officials and helps local leagues develop their officiating talent.

Denise Clymer joined the midtown office in Wilmington. Her past work with mutual funds, property management and residential construction "have prepared her for a seamless entry into her career as a Realtor. Denise enjoys travel (she has taken four cross-country road trips) and is active in her community, having raised over $10,000 in cash and supplies for distribution throughout her community, as well as volunteering at her son’s school," according to the release.

Alyssa LeClair joined the company’s Hampstead office. Her background in sales and the service industry make her a perfect fit for her new career in real estate, which she says she chose because “I enjoy the moving process myself so I would love to help others have a smooth and enjoyable transaction.” An animal lover, Alyssa has worked as a foster pet parent and volunteered at animal shelters. She also enjoys the beach, working out at the gym, and traveling with her family.

Chris Petryk also joined the Hampstead office. A licensed attorney, Petryk practiced in several areas of the law, including running a residential real estate practice, as well as working in commercial real estate. He has lived in many areas including New Jersey, New York and California "but has fallen in love with North Carolina.

Michaela Ciznarova joined the Leland office. "The professionalism and attention to detail required of her past work in a medical laboratory, and her decade of residence in the Cape Fear region make her a great fit for her new career in real estate," according to the release. Asked why she chose this profession she said she loves real estate and the flexibility it provides, the release stated. "Michaela also enjoys gardening, music and pets."

Wyatt Whisnant also joined the Autumn Hall office. He has lived in Leland for 19 years and has past experience in customer service. According to the release, "Wyatt enjoys tennis, paddle boarding and going to the beach in his spare time."

Editor's note: Because of the number of sales associates added in May, all of their headshots would not fit in this story but can be viewed at Coldwell Banker Sea Coast Advantage's website.