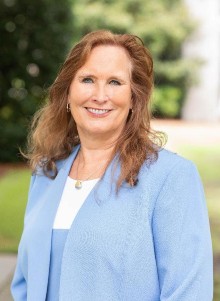 "Jo Anne is a consummate professional with many years of experience in real estate, including new construction, relocations and foreclosures,” said Polly Purnell-Norris, managing broker, in a news release.

Originally licensed in 1996, Britt "has excelled as a result of her attention to detail, superior work ethic and affinity for working with people," according to the release.

Britt said in the release, “I’ve always enjoyed working directly with people and helping them achieve their goals. This was the catalyst for my decision to use the GI Bill to earn my master’s in human resources and it’s continued to be a strong motivator."

Prior to her career in real estate, Britt served in the U.S. Air Force for 18 years. Along with her experiences relocating on numerous occasions, from Alaska and New Mexico to Southern Illinois and Hawaii, she credits her time in the Armed Forces "for giving her a thorough understanding of the issues that are top of mind for military buyers and sellers," the release stated.

“Having to learn a new city, make new friends, find the right neighborhood and network of service providers obviously presents a huge array of challenges,” Britt said in the release. “Part of the reason I love working in real estate is that I get to help existing service members and my fellow veterans overcome some of these challenges by managing every aspect of the process for them.”

A North Carolina native raised in Lumberton, Britt settled back into the Leland area in 2003.

Britt's market knowledge "is strengthened by her experience managing new home sales at Lord’s Creek, Farrington Farms and Magnolia Greens, as well as her time spent serving as a relocation director and REO sales manager, assisting large financial institutions with the disposition of foreclosed properties," according to the release.

Outside of work, Britt "likes to read, enjoys her rescue ‘fur babies’ and traveling to visit her three grown children and three grandchildren, who live in Orlando, Florida; Huntersville, North Carolina; and Knoxville, Tennessee," the release stated.