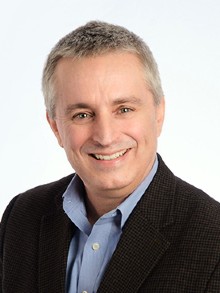 In this role, Johnnie oversees operations in the delivery of highway, bridge and water projects throughout Balfour Beatty’s southeastern geographies in the U.S. and "supports the company’s ongoing commitment to operational excellence, client and partner advocacy and talent investment," according to a news release.

Leon Blondin, CEO of Balfour Beatty U.S., said in the release, “Mark is a respected leader throughout our business and the civils contracting industry, where he has fostered a strong, local reputation with our clients and partners in the Southeast. He is also equally dedicated to developing teammates who ensure that our company’s reputation of providing safe, quality work and trusted partnerships is always at the forefront of our operations. We look forward to his continued leadership and people-first commitment to our teams as they deliver the vital infrastructure in our growing communities.”

A Balfour Beatty veteran of 24 years, Johnnie has managed some of the company’s most notable projects across the Southeast, according to the release. He has led teams through the delivery of projects such as the San Mateo Bridge widening, which at its award was the largest U.S. civils project in the company’s portfolio, Smith Creek Parkway, Surf City Bridge Replacement, U.S. 70 Havelock Bypass, Maysville Bypass and the Northeast Water Purification Plant, among many others.

Johnnie is a member of Balfour Beatty’s culture framework committee in which he helped to shape the company’s culture globally, and he has been integral part in the organization’s national diversity, equity and inclusion strategy committee, according to the release. He was also among the first participants of the company’s Executive Leadership Development Program.

A graduate of Oregon State University, Johnnie holds two bachelor's degrees in construction engineering management and business administration. He is active in several construction trade organizations, including serving on the board of directors of NC Go!, a transportation coalition in North Carolina and the Carolinas Associated General Contractors (CAGC), for which he will become chairman in 2023.