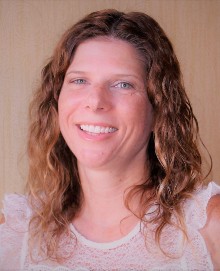 "I believe that my dedication and passion for influencing change in people’s lives is one of the most important attributes I will bring to this position," Calarco said in a news release. "I want to empower AARP North Carolina’s members and help their voices to be heard, especially helping our veterans and engaging populations that AARP may not yet serve.”

Since 2004, Calarco has served in various roles of constituent services for federal elected officials from North Carolina. As director of veterans Services for former U.S. Rep. Mike McIntyre, she represented veterans and other constituents in interactions with the Veterans Administration, Medicare, and the Social Security Administration, and she developed national and local grant applications to the U.S. Department of Homeland Security on behalf of local municipalities in McIntyre’s district.

She began a career in social work and has maintained professional ties while rising to hold multiple offices in the North Carolina chapter of the National Association of Social Workers. Since 2005, she has served intermittently as Field Supervisor for the Bachelor of Social Work and Master of Social Work programs at UNCW.

As associate state director for AARP North Carolina’s coastal region, Clarco will work with AARP members in diverse populations across age, gender, socioeconomic status, culture and ethnicity. Her service area will include 33 coastal and other counties in northeastern, eastern, and southeastern North Carolina.

In announcing the appointment, AARP North Carolina Director Michael Olender stated, “Since AARP represents people from all walks of life, beliefs, backgrounds, and experiences, Rosalie’s demonstrated nonpartisanship and service to the community fits well with AARP’s mission. As we work to promote healthy aging and communities that are great for people of all ages, her ability to connect with people will make us the strongest advocate for older adults in the region.”