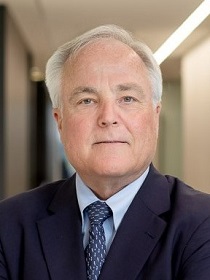 Copeland joins the firm to launch its new economic development practice area, which will help businesses considering expansions or additional operations evaluate a wide range of needs including real estate, incentives and regulatory requirements, officials said in the release.

He will spend time in all three offices of Brooks Pierce, including the Wilmington office, officials said.

“Brooks Pierce has always been committed to helping businesses grow and prosper in North Carolina. This new practice area will bring together many of our existing areas of focus to provide new opportunities to meet client needs,” said Reid Phillips, the firm’s managing partner, in the release. “Tony knows the state’s business climate and potential better than anyone, so it is a natural fit for him to spearhead this effort on our behalf.”

"Copeland has a rich background in economic development with real-world international experience as a corporate executive. During his tenure as the state’s commerce secretary, North Carolina recruited $18.4 billion in capital investment and created nearly 81,000 jobs through the use of incentives.

He served as assistant commerce secretary from 2003-2008, "helping to secure the creation of nearly 100,000 jobs and $12 billion in investment to North Carolina while in that role," the release states.

He previously directed the economic development practice at another law firm. From 1991 to 2002, he served as executive vice president, secretary and general counsel of BTI, a telecommunications company, in which he was a founding member of the management team, states the release.

“I am honored to be joining a law firm with both a deep history in North Carolina and a strong commitment to public service,” Copeland said in the release. “I look forward to using this new opportunity to continue to help businesses flourish and grow North Carolina’s economy.”