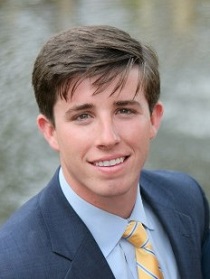 Knox Gibson
Knox Gibson has been promoted to a new role at Seacoast Wealth Management, according to a news release.

Gibson was promoted to vice president of the company, announced Stephen Gaskins, founder and CEO of Seacoast Wealth Management.

"Knox has been with Seacoast for almost four years and interned with us for two summers while earning his Trust and Wealth Management degree and MBA from Campbell University," Gaskins said in the release. "He has done an excellent job and we are pleased to recognize him again for his hard work and dedication."