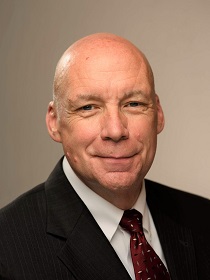 The city of Wilmington has named Tony Caudle as interim city manager.

Caudle, currently the deputy city manager, will take on the interim position on June 1, stated a news release.

His appointment will follow the departure of city manager Sterling Cheatham, who is retiring after 18 years in the post and a 45-year career in public administration, stated the release.

Caudle has served as Wilmington’s deputy city manager since 2008. He previously served as town manager for Black Mountain, Wrightsville Beach and Topsail Beach, stated the release. He has also held the city manager position in Woodruff, South Carolina.

Caudle began his career in public administration in Asheville as a city planner, officials said in the release.

He earned a master's degree from the University of North Carolina at Chapel Hill.

“For more than 12 years, Tony has played an instrumental role in guiding our city through natural disasters and meeting the challenges of a growing population. Wilmington has benefited tremendously from his insight and professionalism and I am confident in his ability to lead our city administration,” said Mayor Bill Saffo, in the release.