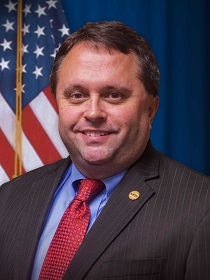 Brunswick County Commissioner Frank Williams was re-elected chair and Whiteville Mayor Terry Mann was re-elected vice-chair, stated the release. The two have headed the committee as chair and vice chair, respectively, since 2014.

The Cape Fear Rural Transportation Planning Organization (RPO) covers Brunswick, Columbus and Pender counties. It serves as the intergovernmental organization for local elected officials, the N.C. Department of Transportation and residents of the region to address rural transportation issues, stated the release.

“Serving as RTAC Chair for the past seven years has underscored the importance of having a strong voice for rural transportation in southeastern North Carolina,” Williams said in the release. “As areas in our state west of I-95 become increasingly urbanized, it is important for those of us who live in eastern North Carolina to make our voices heard. I look forward to continuing to work with Vice Chairman Mann, the other members of the committee, staff, elected leaders in the communities we represent and the NCDOT to ensure that our rural transportation needs and priorities are heard.”