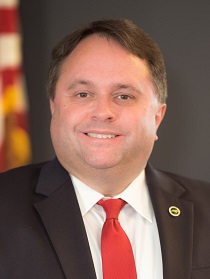 Frank Williams
Brunswick County Commissioner Frank Williams has been named to the National Association of Counties Broadband Task Force, according to a news release.

Williams is part of the task force, which is comprised of nearly three dozen county government officials from across the U.S., officials said.

The task force will "study the lack of reliable broadband with a particular focus on the challenges facing underserved communities," stated the release.

“With more people working from home and more students studying from home, reliable broadband connectivity is more critical now than ever,” Williams said in the release. “Additionally, reliable broadband is one of the keys to bridging North Carolina’s rural-urban economic divide. If rural communities wish to attract quality jobs, they need quality broadband. While North Carolina’s counties are not interested in becoming broadband providers, the NCACC continues to play a leadership role in working with the technology community to facilitate broadband access to underserved communities. I look forward to helping with that effort by serving on this task force.”