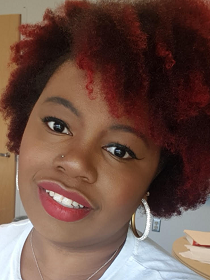 Anna Ray-Smith
The Cucalous Film Foundation has announced the addition of Anna Ray-Smith to the organization's seasonal staff, according to a news release.

She will support the foundation's programming department, maintaining relationships with filmmakers, artists and others who present during the Cucarlorus Festival in November and other Cucalorus events, officials said in the release.

“We paused for a few months as the landscape changed for this year and we’re super excited to be moving forward again. Anna brings so much to the team as a filmmaker, a NC-native, and a recent UNCSA grad," Rachel Taylor, Cucalorus managing director, said in the release.

Ray-Smith, a native of Laurinburg, has a "deep-rooted passion for the art of storytelling and the North Carolina film industry," stated the release.