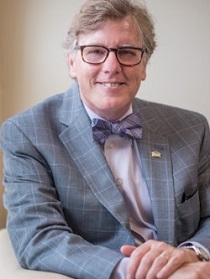 Van Dempsey
Van Dempsey, dean of UNCW’s Watson College of Education, has been appointed to serve on Gov. Roy Cooper’s DRIVE Task Force, according to a news release.

The task force is focused on improving equity and inclusion in education, with a particular focus on diversity in the education profession in the state, officials said in the release.

The appointments were announced on May 6.

“It is an honor to be named to the Governor’s DRIVE Task Force and have an opportunity to engage in work that can fundamentally enhance learning for all children in all communities across North Carolina,” Dempsey said in the release. “The task ahead for us is daunting and inspiring, and the Governor has assembled a team that I believe is equal to the challenge and opportunity. Our work can be truly transformative for our state.”

Dempsey has been dean of the University of North Carolina Wilmington's Watson College of Education since 2015.

He joins the 32-member task force group made up of parents, educators, administrators, education advocates, representatives of state and local government, as well as representatives from the University of North Carolina system and N.C. Community College System.