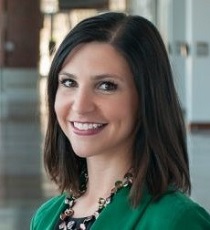 Van Trigt joined the firm in 2015, stated the release. She focuses her practice on real estate matters, including sale, acquisition, financing and real-estate-related litigation.

Van Trigt graduated with a bachelor's degree in journalism and mass communication from the University of North Carolina at Chapel Hill. She earned her law degree from the Norman Adrian Wiggins School of Law at Campbell University.