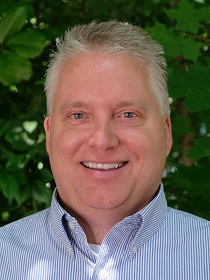 Kurt Wilson
WHQR Public Media has hired Kurt Wilson as the new station manager, according to a news release.

Wilson will take on his role with the public radio station, managing 91.3-FM WHQR News and 92.7-FM WHQR Classical music, in mid-February, stated the release.

“I’m excited to join the great team at WHQR and to get to know the listeners and supporters of public radio in the Wilmington area," Wilson said in the release.

Wilson will join WHQR, a nonprofit public radio station, from his current role as general manager of Yellowstone Public Radio, a network of 12 stations and 26 translators that span Montana and Northern Wyoming, stated the release.

Wilson also spent 15 years at Central Michigan Public Broadcasting. He held many titles at the NPR/PBS Dual Licensee including executive producer of television and director of corporate support and major gifts, stated the release.

And in the first 10 years of his career, Wilson was a member of the Utah Jazz Radio Network and director of broadcast services at Weber State University.

Wilson also has experience as a television sports anchor, news anchor and play by play announcer. He has also been a radio news and sports reporter and co-host of a daily radio morning show.

Wilson has a bachelor's degree from Central Michigan University.

“We could not be more excited about bringing Kurt Wilson to WHQR and our community. We see great things for WHQR Public Media with Kurt at the helm. We know he will be an inspiring leader and look forward to introducing him to our listeners," said Jeff Barnes, chairman of the Friends of Public Radio board, in the release.