Support The Port Founder Awarded All For NC Fellowship 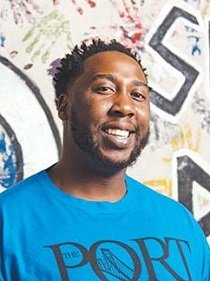 Cedric Harrison
Cedric Harrison was one of four people chosen to be a part of the Z. Smith Reynolds Foundation's first cohort of All For NC Fellows, according to a news release.

The trustees were each awarded $75,000 for one year to carry out an idea for "how to make a difference in North Carolina and its communities," Z. Smith Reynolds Foundation (ZSR) officials said in a news release.

The awards went to four individuals between the ages of 21 and 35 to carry out their ideas through a 12-month program designed to provide funding, coaching and mentoring, officials said.

Harrison will work towards building up the Support The Port Foundation Inc., a nonprofit organization with a mission "to enhance, cultivate and provide a renewed sense of community ownership and excellence" for Wilmington residents, according to the organization's website.

"His vision is to build on his relationships with Wilmington business leaders and the African American community to develop programs and services that result in the creation of more minority-led businesses in Wilmington, increased African American employment, and reduced poverty," stated the release.

ZSR will document and share more about the work of each fellow over the course of the year, stated the release.

ZSR received 361 applications for the All For NC Fellowship, officials said. The four individuals were chosen out of 11 semi-finalists.

“ZSR has a history of supporting bold and cutting-edge ideas, so we are thrilled to embark on this new Fellowship initiative that will invest in the next generation of North Carolinians who are building the North Carolina they want to see,” Joy Vermillion Heinsohn, assistant director of ZSR and lead staff managing the initiative, said in the release. “We are excited to see how their projects will unfold across the state over the course of the year.”