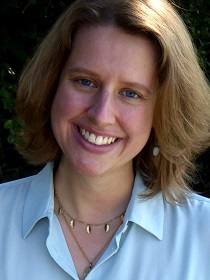 Kerri Allen
The N.C. Coastal Federation has hired a new coastal advocate, according to a news release.

Kerri Allen began working out of the Wrightsville Beach office on July 2. Allen represents the federation’s advocacy positions on coastal issues in the southeast region, officials said in the release.

Some of her duties include leading the federation’s regional advocacy efforts on the issues of offshore drilling and seismic testing, terminal groins, implementation of the Cape Fear River Blueprint, land stewardship for the federation’s southeast properties and continuing involvement in several project permitting cases, officials said.

“I’m delighted to join the team in Wrightsville Beach,” Allen said in the release. “The N.C. Coastal Federation is such a strong voice for our coast and I’m proud to represent the federation on issues that affect the lives of so many.”

The federation’s coastal advocates’ main role is to represent the public’s voice at state, local and federal levels when it pertains to protecting the health of the coast, officials said.

Allen, who grew up in Wilmington, holds a Master of Science in coastal geology and an undergraduate degree in geosciences with honors from the University of North Carolina Wilmington.

She has previously worked as the education manager at Loggerhead Marinelife Center in Juno Beach, Florida. She also served as regional director at the Florida Marine Science Educator’s Association, a nonprofit that encourages the public to understand more about Florida’s coastline.

She has since moved back to Wilmington, "where she will be a local voice for the public and the federation," officials said in the release.

PPD recognized as a Best Place to Work in Asia