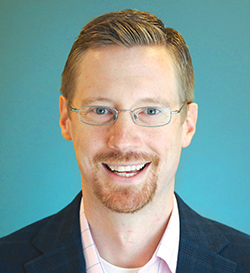 Adam Jones
Friedrich Von Hayek’s admonition is more apparent today than in recent memory, “The curious task of economics is to demonstrate to men how little they know about what they imagine they can design.”

The current “shortage” of workers is a perfect example. It’s not simple; there isn’t enough space here to fully address the issue, and to be frank, we still don’t know everything. Nevertheless, let’s dive in for a second and confirm whatever your prior belief was but also add some other factors to the list.

Stimulus funds, virus fears, child care, social distancing and remote environments all play a role, but transferable skills are also an important part of the story that we often overlook.

Early in the shortage, the prevailing narrative was one of child care and homeschooling problems, but schools and day cares largely reopened in many places, including in Southeastern North Carolina, and yet the problem remains.

Former Obama administration economist Jason Furman finds that after controlling for other factors, women with children did not exit the labor force any faster than those without, and surprisingly, men with children were less likely to exit than those without. Thus, while child care is a difficulty and might be part of the labor supply problem, it’s certainly not a complete explanation.

The more recent narrative has been focused on the increased unemployment insurance, and while the data are just starting to trickle in from states that ended the so-called “top-up” benefits early, the large unemployment checks may well also be a part of the e xplanation.

The average unemployment benefit in North Carolina was $236 a week before adding the extra $300 a week top-up, which equates to just shy of $30,000 a year. Imagine, if you were asked to “work” during your leisure time and to take a pay cut. You’d probably decline too.

The large unemployment benefits, while well-intended and arguably appropriate at the start of the pandemic, are now contributing to labor shortages near the end. (Please tell me we are near the end!)

Setting aside child care and unemployment benefits, we still have the broader problem of a public health crisis that lingers on.

Census survey data suggests that the number of folks not working because they are “afraid of contracting or spreading virus” has fallen from a little over 6 million people in July last year to under 3 million in July this year. (The next round of surveys should start to include delta variant effects.)

The interesting thing about fear of the virus is that the fear runs across education and skill levels, albeit not a perfect match but not as concentrated on lower-wage, service sector employment as the shutdowns were.

Labor shortages across the skill spectrum are creating opportunities for those with transferable skills or looking to take the next step on the employment ladder, and firms are willing to take a chance and invest in new workers because they don’t have a choice.

Think of the current labor market like kids picking teams on the playground. The first pick (highest wage) takes the best player, and the next pick (slightly lower wage) takes the next best player until all the players have been picked. The lowest-wage jobs may well be left with no players left to pick.

The shortage is certainly an inconvenience for consumers and a major challenge for employers. But workers with transferable skills or who just needed an opportunity are getting their chance, and, long run, the human capital and process improvements developed out of necessity will benefit us all.

Adam Jones is a regional economist with UNCW's Swain Center and an associate professor of economics in UNCW's Cameron School of Business.