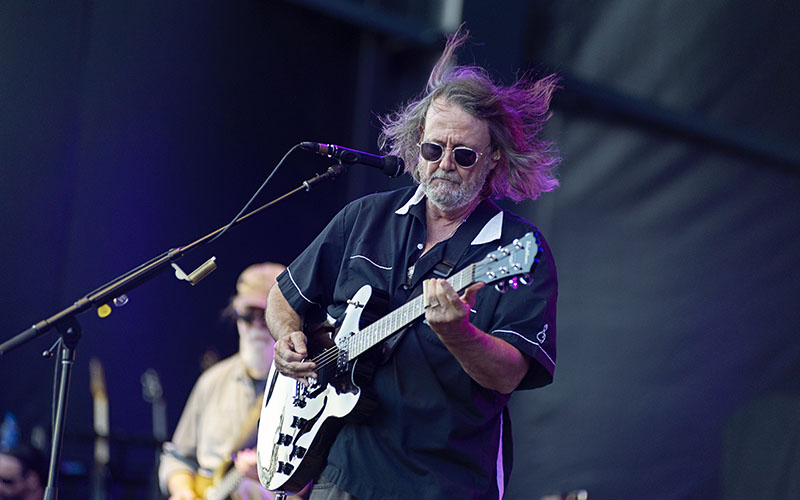 (Photo by Michael Cline Spencer)
Widespread Panic (lead singer John Bell shown here) kicked off Live Oak Bank Pavilion’s inaugural season with sold-out shows over three nights in July. Live Nation, which manages the new amphitheater at the city’s Riverfront Park, doesn’t release ticket sales numbers but said it has lined up 20 shows at the venue for this year. That doesn’t count the N.C. Azalea Festival’s three concerts last month that were rescheduled from their initial dates during the spring 2020 COVIDrelated shutdowns. Starting Oct. 4, Live Nation will require performers, crew members and fans to have proof of vaccinations or negative COVID tests for shows.