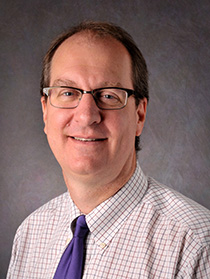 Scott Whisnant
Ten years after the “neighborhood schools” policy aligned our primary schools around racial and economic lines, we have a set of statistics that measures its effectiveness.

The outcomes prove that statistics can be shocking, sobering and … entirely unsurprising all at the same time.

This policy has consigned at least four of our elementary schools and two middle schools to a cycle of failure. There is no other way to put it. Wilmington has seen its share of racial failures in its history, but what has been allowed to happen to our downtown schools ranks up there with the others.

The outcome of “neighborhood schools” was predicted by anyone who studied it with any academic rigor in 2010. Nothing was done to stop this policy, and we, as a community, tolerated it.

Now it’s time to do something about it.

“Neighborhood schools” is the policy that, in its simplest form, sends a child to the school closest to home. Suburban and mostly white parents advocated for this, rather than have their children “bused” to schools to maintain balance of race and economic means. A majority of the school board won on this platform and started changing school lines in 2006.

The concept is a fallacy from the start. With current housing patterns, it is physically impossible for every child to attend the closest school. Some would exceed capacity; some would be underused. The question has never been whether to bus children, but who to bus.

The school board at that time made its choice. As members of the Wilmington/New Hanover County Community Relations Advisory Committee, we studied the resulting statistics courtesy of the schools and SchoolDigger.com, which ranks schools and districts based on metrics such as end-of-grade scores and teacher/student ratios.

Three New Hanover County elementary schools are now ranked 4th, 6th and 9th in the state, out of almost 1,500 schools. None have as many as 20% at the free/reduced lunch level, and the highest ratio of African American students is 2.2% – this in a county with more than half the kids at free/reduced lunch and 20% African-American.

With schools prospering at this rate, you would think the district would have improved since 2006. But this is not so. The district fell from 49th in the state to 91st in 2019.

What went wrong? Well, Forest Hills, Gregory, Snipes and Freeman elementary schools are all close to 100% free/reduced lunch. Teacher turnover at these schools is greater than 18% – two and three times the rate of the white suburban schools. These schools are about half as likely to have teachers with 10 years of experience. Between 35% and 60% of students pass end-of-grade tests.

Then you look at the “readiness for kindergarten” factor. At Wrightsville Beach Elementary in 2019, 91.7% of its incoming children were ready to start school.

The downtown schools? Most struggle to top 20%. At Freeman in 2019, 4.3% of incoming children were ready for kindergarten.

Yes, you read that correctly. What chance did those kindergarten teachers have? No wonder so many transfer to another school as soon as they can.

Freeman and Snipes are ranked in the bottom 5% of elementary schools in North Carolina. And then there’s Gregory. In 2005, Gregory, known countywide as an excellent magnet school in science and math, stood at the 85th percentile. Just one year before, then-superintendent John Morris publicly said his view of diversity was driven by a “moral responsibility” to avoid resegregation.

“Our students will not live and work in a segregated world and shouldn’t attend segregated schools.” Dr. Morris said then.

Eleven years later, Gregory had fallen to the state’s 2nd percentile. To its credit and to the credit of the recent school board, a Spanish immersion program has helped it regain some of its standing in the last three years.

The story is no better at the middle-school level. Williston has more than twice the rate of free/ reduced lunch students (97.1%) as any other middle school. It fell from the 35.5th percentile in 2005 to the 11th in the state last year.

And Virgo? This historical landmark school, with alumni including Michael Jordan, is no longer a county school. It closed twice the last decade from low enrollment (wasn’t redistricting designed to fix that?) and is now operated as a K-8 “lab” school by UNCW. In 2019, 6.5% of its incoming sixth-grade students read at grade level.

This is not an argument about the abilities of poor or minority children. It is a commentary on what happens when these children are disproportionately herded into just a few schools, where teachers cannot begin to cope with the significant problems arising from poverty and discrimination impacting almost every one of these children.

What to do about this? First, we as a community have to stop tolerating this. We cannot allow a generation of children at six of our schools to have no future of college or economic opportunity. Our current school board and certainly its new administration certainly didn’t dream this up, but they do have an opportunity to work with the community to start fixing it.

The answer is not as simple as moving white kids into inner-city schools, then placing them within a bubble of “academically gifted” children. That is not integration, either.

But most of all, it’s going to take commitment to stop this practice now. We’re better than this. Scott Whisnant is a member of the Community Relations Advisory Committee. The Community Relations Advisory Committee was created in 2016 by New Hanover County and city of Wilmington officials to “address community issues involving prejudice or discrimination on the basis of race, national origin, creed or religion, age, gender, sexual orientation, disability or medical condition.”

Click here to see the committee's presentation on neighborhood schools, and click here for an open letter from committee chair Evelyn Bryant including the group's recommendations.