Behind The Numbers: Real Estate Market Thrives Despite Economic Disruption

Tim Milam takes note of license plates from other states when he sees them around town.

“It’s become a hobby of mine,” said the president of Wilmington-based Coldwell Banker Sea Coast Advantage. “Rarely do I get in a car and drive a mile or two and not see license plates from multiple states.” 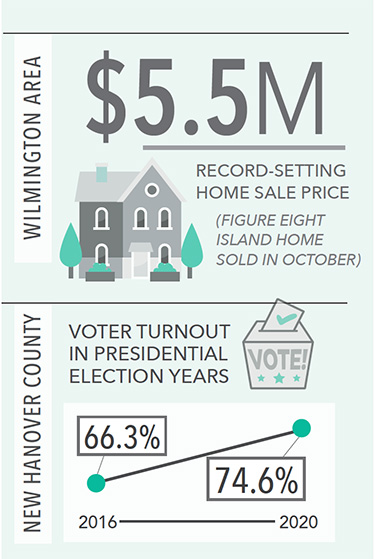 To Milam, whose residential real estate firm surpassed $2 billion in sales earlier this year, the out-of-towners are likely homebuyers and mark one of the reasons why the housing market in the Cape Fear region is booming.

“In Southeastern North Carolina, we continue to see so many people discovering this area that have never discovered it before,” Milam said.

As of September, the total number of single-family homes sold in the Cape Fear region during the year was up 17% from the same period last year, and the number of condos and townhomes sold had increased by nearly 18%.

Even during the first full month of COVID-19-related restrictions – April – home sales were only down slightly, at about 2% from April 2019. But they fell drastically in May, by 26%.


The numbers seemed to bounce back in June when there was a nearly 12% jump in the number of homes sold compared to June 2019, and it was all uphill from there during the summer and much of fall. 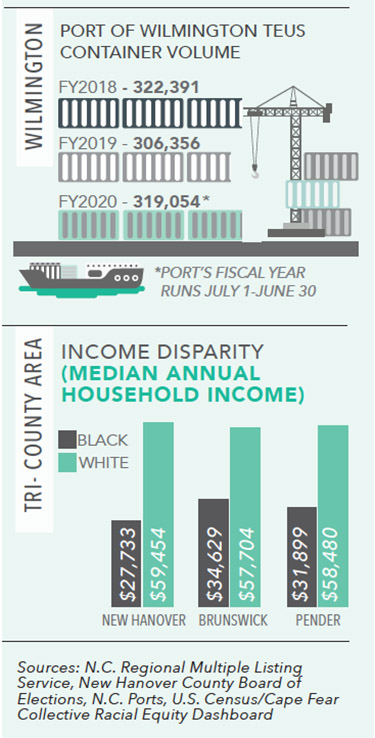 People moving in from other states and other North Carolina markets isn’t the only reason for what has ended up being a banner year for the area’s home sales, despite the coronavirus pandemic.

Interest rates are low, and inventory is low, especially in price ranges under $300,000.

That makes some buyers antsy and ready to make a deal. “They’re going to go ahead and spend the money now,” Milam said.

In Brunswick County alone in October, the number of homes sold jumped 63%, and sales volume spiked 114.5% compared to October 2019.

“We are on a record pace that could see us break $2 billion in residential home sales for the first time ever,” BCAR CEO Cynthia Walsh said at the time.

But fewer homes for sale is a challenge.

“The housing market has continued to see strong growth, but the lack of inventory has been problematic,” Cape Fear Realtors President Tony Harrington said in September. “Policymakers will need to continue their efforts to create more housing supply to meet this long-term demand.”