Cape Fear Currents: Behind The Numbers

By Staff Reports, posted Oct 8, 2020
Tweet
On some issues, Southeastern North Carolina has seen dramatic changes in the past two decades. Developments changed the landscape; new employers set up shop. But the area also has weathered ups and downs. A recession and now pandemic have strained some sectors, while other years saw leaps of growth. Here’s an overview of the region since 2000 and some clues looking ahead to 2040. 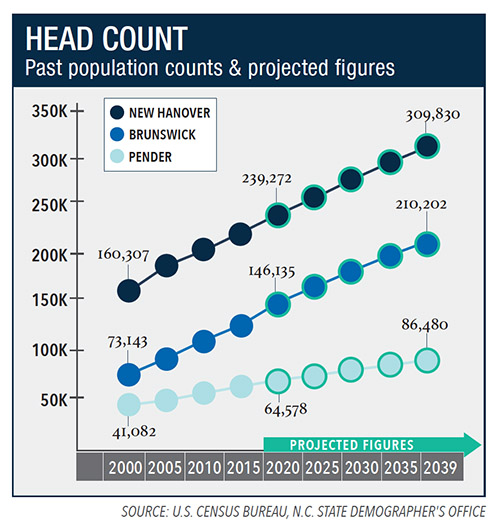 Rapid population growth was a key story of the region’s development in the past 20 years. Brunswick County in particular saw droves of retirees moving into new residential communities in the years ahead of the Great Recession, which started in 2007 nationally. When the housing market burst, parts of Brunswick County were dotted with so-called zombie developments, or partially finished neighborhoods.

A decade later, the region’s real estate activity had fully rebounded, hitting a record high for home sales in 2017. And the coronavirus, which has wreaked havoc on many sectors this year, hasn’t slowed down real estate as buyers take advantage of low interest rates and pent-up demand. 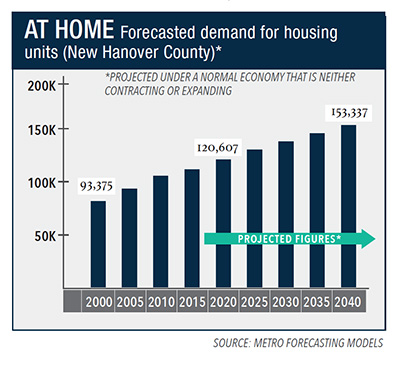 While many of the area’s economic indicators were on the upswing in recent years – from airport passenger levels to sales tax collections – the emergence of the coronavirus in the region in March of 2020 brought an abrupt halt to many activities.

As stay-at-home orders were put in place to try and slow the contagious virus’s spread, event venues, restaurants and non-essential stores saw their sales dry up overnight. Events and concerts were put on hold starting in the spring. 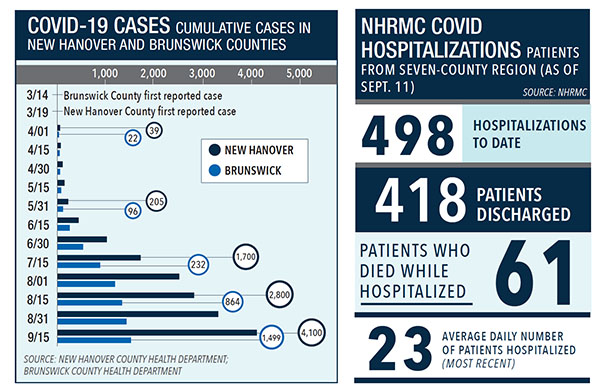 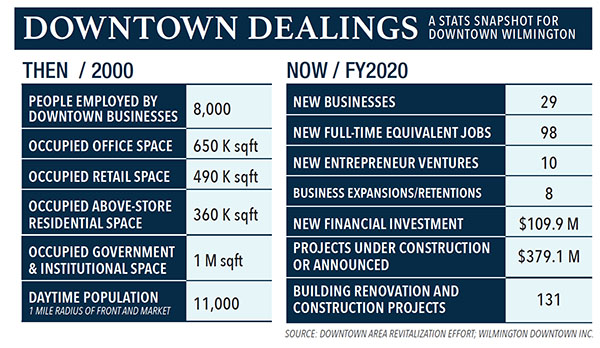 Grocery and home improvement stores, however, saw an increase in spending as people were stuck at home and many businesses figured out how to function with a remote workforce.
As the months have passed, restrictions have eased for some businesses, while others, such as bars, remain closed under state orders.

Several local organizations are involved in some way in ongoing national clinical trials for a vaccine, including PPD, Trial Management Associates and Wrightsville Family Practice.
Here is how the virus has tracked locally for cases.

When asked what’s the No. 1 issue he’s heard about from residents over the years, Wilmington Mayor Bill Saffo says traffic, hands down. 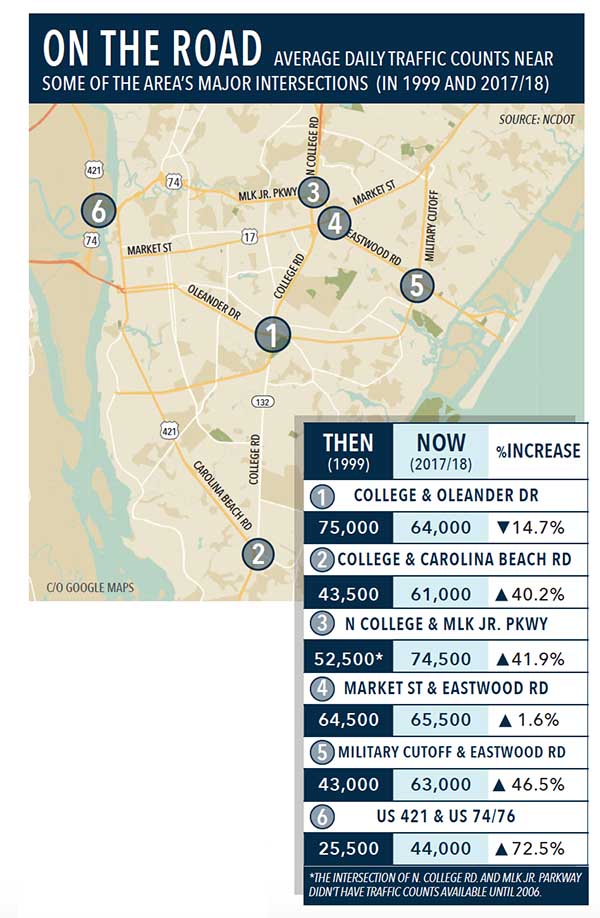 Along with more people and more business growth, more vehicles also joined the roadways. Transportation planners and local officials have been trying to keep up since.

Here’s a look at changes to some of the main arteries in recent years. The counts are intended to show traffic levels on an average day; not holidays when beachgoers flood into the area.

In the past couple of decades, two major road projects were finished – the MLK Jr. Parkway and Wilmington Bypass.

“Both projects were new roads and would have had major impacts on the traffic volumes at various intersections, which may appear to not have considerable growth in the last 20 years based on the data alone,” pointed out Katie Hite, division project development engineer for NCDOT’s division that covers the Cape Fear region. “For example, in 1999, all traffic passing through Wilmington had to use either Market Street or Oleander to go downtown and cross the river. Now, we have an extra river crossing, and MLK takes a lot of that traffic away from the city.”