Luxe To The Max 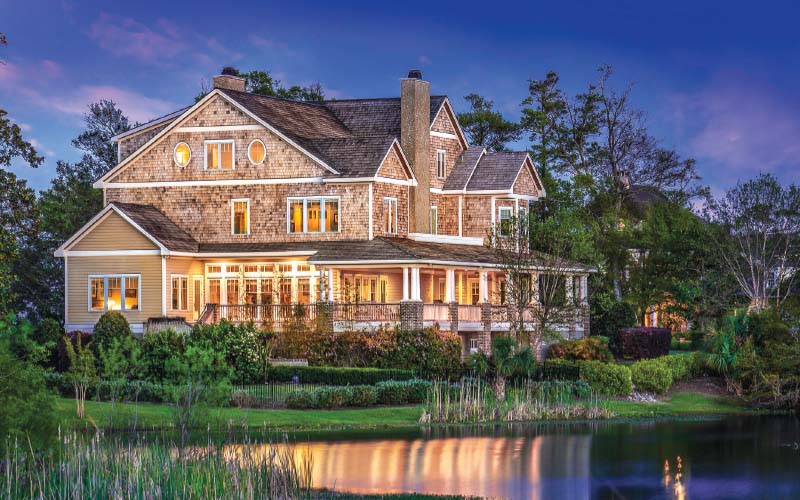 1130 Pembroke Jones Drive, Landfall, Wilmington (Photos c/o Landmark Sotheby's International Realty)
More than a decade ago, the country was in the midst of the Great Recession. As is typical with economic ebbs and flows, the housing market was a key indicator, and in this instance, a major contributor to that market downturn.

Sales of higher-priced homes in the Cape Fear region were no exception.

“The luxury market in the Wilmington area was severely impacted by the 2008-11 recession,” said Vance Young, of Wilmington-based Intracoastal Realty. “We had basically a seven- or eight-year severe correction, where prices fell, on average, roughly 35%.”

Now at the onset of the century’s third decade, that same housing market is delivering growth and gains from Wall Street to many towns’ Main Streets. And, like then, the Wilmington area’s luxury housing market is no exception.

“I deal with folks every day who are looking up and down the Eastern Seaboard, and when you compare the Wilmington market to, say, Charleston or some of the Florida markets, we’re an outstanding value,” Young said.

In December, the number of home sales with price points of more than $1 million in New Hanover, Pender and Brunswick counties was the highest since 2006, according to a report from Kathleen Baylies, broker in charge of Wilmington-based Just for Buyers Realty. The tri-county area combined to sell 19 homes above the $1 million threshold during that month, and the combinations of $1 million-plus property listings and those going under contract showed no impending slowdown.

“We are seeing the success of 2019 continue,” Baylies said. “All of the factors that contributed to the success of the luxury market in 2019 are still solidly in place. So, short of some major shift, whether that be in the economy or, heaven forbid, a terrible storm season, or a change in interest rates, I don’t see anything that would suggest that 2020 would be any less successful than 2019.”

One example of a luxury home on the market during February was the 9,700-square-foot dwelling at 1130 Pembroke Jones in Landfall, selling at a list price of $3 million.

“It’s one of only 10 properties in Landfall that has its own boat slip associated with the property,” said Michael Nelson, a Realtor with Landmark Sotheby’s International Realty in Wilmington.

“The secret’s out relative to Topsail Island and all that it has to offer, particularly on the south end of the island,” Nelson said. “People are realizing that that area has been an undiscovered gem for a long, long time.” 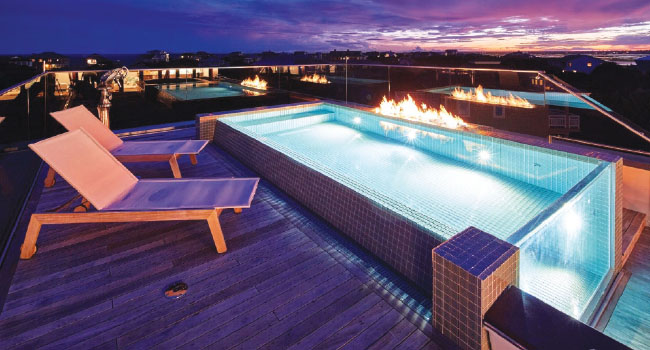 The same may be said for the entire region as the Wilmington Metropolitan Statistical Area is estimated to have grown by about 40,000 residents since 2010. And while there certainly is more overall activity in the sub-$1 million range with new construction and first- and second-time buyers, the area’s growth and the strength of the economy have meant increases in the luxury space as well.

“The rising tide, if you will, of wealth that has been created over the last few years with the recovery has lifted all boats,” Young said. “So the buyer of a nice beach house – there are many, many more of those buyers in the marketplace. And let’s say that buyer, 10 years ago, was a million-dollar buyer on Wrightsville Beach. Now they can’t get what they could have 10 years ago on Wrightsville Beach, but they can on Topsail or Carolina Beach or the Brunswick County beaches, you can still get a very nice beach house. That’s why you are seeing the spread of the buyers that are going both north and south.”

In April, U.S. News & World Report ranked Brunswick County, the southernmost county in the area, fourth on a list of the 10 fastest-growing U.S. counties. The county surpassed $1 billion in total real estate sales for the third-straight year in 2019, according to the Brunswick County Association of Realtors. It marked an  8% increase from 2018, a year in which the county’s home sales were 8% more than in 2017.

Luxury homes in Brunswick County accounted for six of the area’s 19 luxury sales in December 2019. 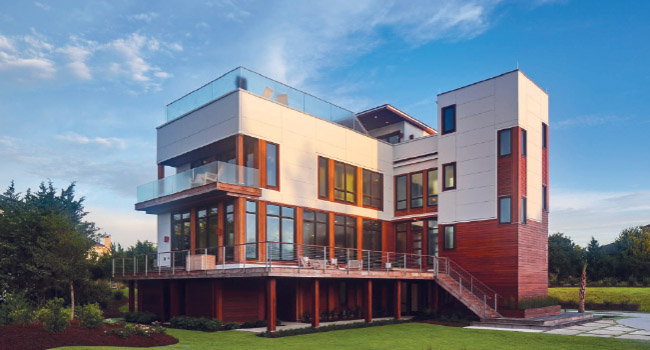 “I think the population growth will keep (the luxury market) strong for the foreseeable future, particularly when you look at the commercial growth,” Nelson said. “It’s just the overall economics down here and the attractive lifestyle, proximity to the coast and all that Wilmington has to offer.”

Baylies, whose firm works exclusively with home-buyers, noted that the number of retirees arriving in the Wilmington area helps the success of its luxury market.

“They are moving, predominantly from the mid-Atlantic states and the Northeast, wanting to make this their home,” Baylies said. “In some ways, we have replaced Florida over the last 20 years as being the retirement place because we have much more moderate weather, and we are more accessible to many of the places where people are relocating from.”

But the luxury buyer is no longer automatically a relocating retiree from the Northeast. The population’s southern migration and the region’s shifting economics of recent decades have led to changes in the luxury market’s clientele.

“In the last three to five years, many of my upper-end buyers have been coming from North Carolina,” Young said. “Many of them may have gotten indoctrinated to the area with a beach home or a condo, and now they’re getting a primary home down here. A lot of those people are coming from in the state, primarily from the Triangle; Raleigh, Cary, Durham are huge markets for us now, when it used to be the Northeast.”

Like all economic trends, the upward momentum of the Wilmington area’s luxury home market will not continue forever. 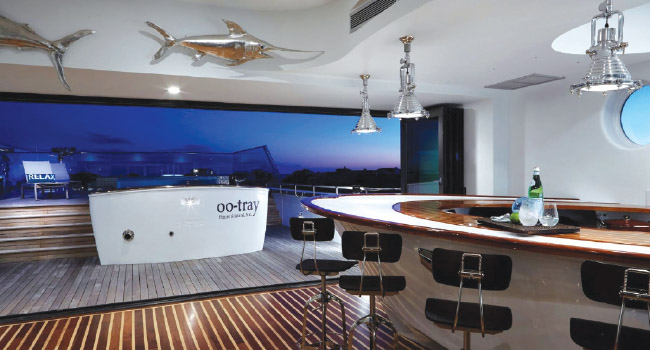 “There has to be a top somewhere,” Nelson said. “We went through that spell in ’04, ’05 and ’06, where everyone was all of a sudden an instant real estate millionaire, and then the rails came off in 2006. The sense of there being no top on it is an unhealthy prediction. It’s steady, slow growth at this point.”

Despite the inevitable ebbs and flows of the economy, the gains of the past few years, coupled with the area’s growth, seem to indicate that the market is on more solid footing than before the Great Recession.

“I suspect, in the next downturn, the upper end will be much better insulated,” Young said. “It will be affected but much less dramatically. You would be talking about a more typical downturn of 10 or 15% in the next economic cycle. We don’t have that on the radar this year.