Navassa Prepares For A Wave 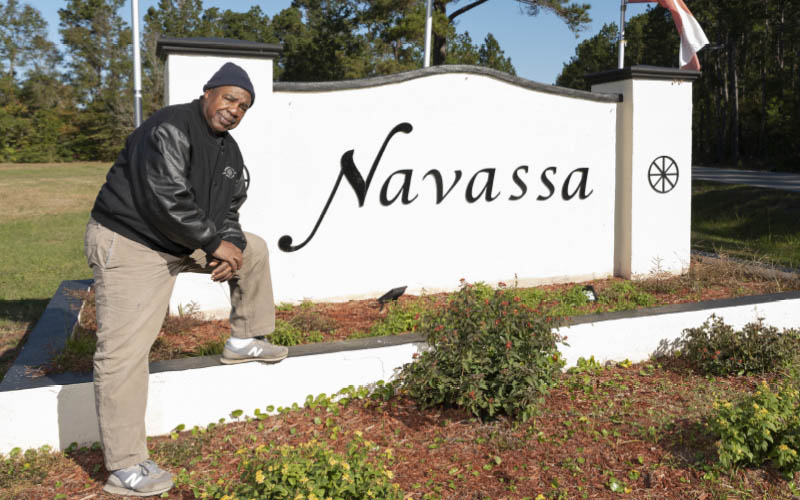 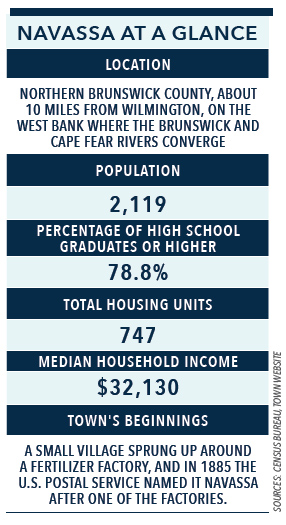 Eulis Willis grew up in the Navassa area and remembers the way things used to be in the years before the northern Brunswick County town’s incorporation in 1977.

“Everybody knew everybody,” the town’s longtime mayor said. “They had about the same kind of income.”

But the area also had mud streets and a lot of needs.

“After we incorporated, we were able to change and improve some of that … some of it, not all of it,” Willis said.

About 2,100 people live in Navassa, a town that can trace its origins to the 1880s. Officials  and developers expect that number to grow by the thousands over the next two decades.

Earlier this year, town officials granted preliminary plat approval for at least 322 homesites in a portion of one development, River Bend, and 100 sites in a community expected to be called Indian Creek. Both developments are close to the Interstate 140 bypass, which opened in December 2017.

Things have progressed quite a bit over the past few years when it comes to Navassa’s anticipated growth, Willis said, adding, “I guess the No. 1 impact would’ve been I-140 coming through. That just kind of opened us up to the world, cause now all of the sudden we’re accessible. We’ve got all this cheap land that’s vacant within five minutes of Wilmington.”

Indian Creek at full build-out could hold more than 3,600 residential units, while River Bend could hold almost 2,200. Over time, the units would be of various types, including single family, townhomes and multifamily.

Pickett agrees that I-140 is one of the major factors in why his company wants to develop in Navassa now, saying, “You can be at PPD (one of the area’s largest employers, located in downtown Wilmington) in nine minutes.”

“I think the bypass was kind of the trigger,” said Barnes Sutton, Navassa’s town planner of more than two years. “I think a lot of people were waiting for that because it had been planned for so long. … The idea was always that Navassa is just kind of remote and so far away from everything. And then when the bypass opened up, it was like, ‘Oh, it’s really not that far.’”

“It means a lot – good and bad,” Sutton said. “The good obviously is the tax base, and then we’ve been struggling to get any kind of commercial development going because we only have a population of about 2,100. So they always say that retail follows rooftops. River Bend and Indian Creek are Planned Unit Developments or PUDs, akin to mixed-use developments in other communities, including the city of Wilmington. The River Bend PUD, for example, includes commercial uses in a portion of the community that might otherwise have been more residential uses without nearby commercial space, Sutton said.

“It could have easily gone for luxury condos,” Sutton said. “But we were able to work with this developer in saying, ‘Hey, we really need this, and your community would also benefit from (it).’”

As a result, a traffic analysis included a  47,000-square-foot supermarket and 50,000 square feet for other retail.

One of the developers of Indian Creek said the town has done a good job of getting the infrastructure needed for future development.

“They have the water and sewer capabilities in place,” said Steven MacCurry, one of the managing members of Mulberry Land Co.

With the anticipated 1,500- to 2,500-squarefoot homes that will be in Indian Creek, “we’re trying to fill a niche in the market that’s between downtown Wilmington and the golf course communities in Brunswick County,” MacCurry said.

In addition to planned homes, jobs are also on the way.

In April, state and local officials announced that New Jersey-based Pacon Manufacturing Corp. intends to invest $37.6 million at the former U.S. Marine building on Quality Drive, which has been vacant since 2008. That’s when the U.S. Marine boatyard shut down, eliminating more than 250 jobs at the same time.

Willis wondered how the town would pay its bills after that. But not long afterward, Lena Springs sprang up, a subdivision of more than 100 homes, behind Navassa’s town hall.

“People started moving in, and they started paying taxes,” Willis said. “And so we didn’t have to worry too much about losing that tax base.”

Another site where more of a tax base is expected, and more commercial services could come to Navassa, is the former Kerr-McGee Chemical Corp. site.

Of the $23 million awarded for restoration projects on the Kerr-McGee site, $6 million will directly impact Navassa, Willis said.

“I’m thinking about things like, ‘Now I can get some stormwater cleanup going on,’” he said. “I can get some nature trails and parks and that kind of stuff.”

The projects could create cultural infrastructure within the town, Willis and Sutton said.

“What we’re hoping to be able to do when I looked at this whole thing is to set up what would essentially be like a heritage trail along parts of the river, parts of these creeks,” Sutton said, a trail that would also tie in the new developments in the pipeline.

“It would essentially be a 10-mile trail linking all the way from the north of town, all the way down to the Kerr-McGhee property and then west along Sturgeon Creek,” Sutton said. “Pairing that with some of these developments coming in, getting park space allotted through all of these things where we can incorporate different pieces of history throughout the trail, that’ll be a constant reminder of the community that has been here for hundreds of years.”