Drilling Down In The Area's Dental Industry 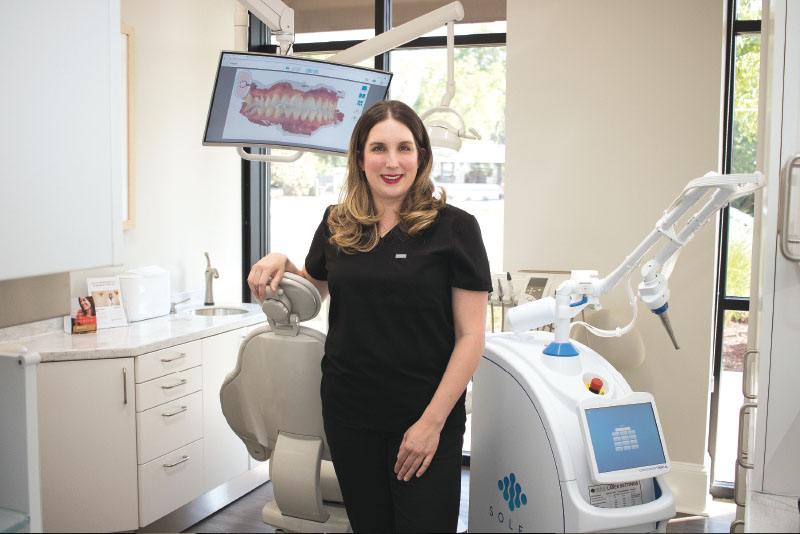 “There is (opportunity), but you’ve got to be a little creative on how you do it, and everybody has got to figure it out,” said Robert Schiffel, chairman of the New Hanover County Board of Health.

Schiffel, who opened his dental practice in 1986 near Laney High School and retired in 2007, has seen the local industry grow in size over the years.

He said that at the time of his retirement there were nearly 100 dentists or practices in the Wilmington area, including those practicing in specialty areas such as endodontics and pediatric dentistry.

“Everybody seems to find a little niche,” he said.

Currently there are 286 licensed dentists practicing in the tri-county area, according to the N.C. State Board of Dental Examiners’ database. 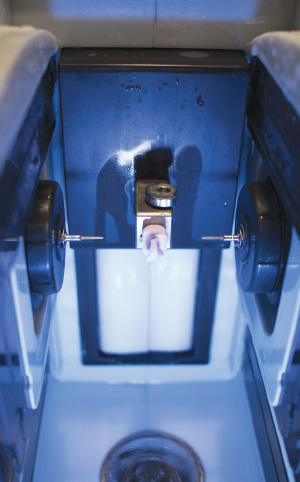 In the local market, Schiffel said, location remains all important in deciding where to open a new practice, adding that areas of Brunswick and Pender counties are not yet saturated and offer opportunities.

“You’re going to have to pick your spots just right,” Schiffel said.

A practice with unique features also can catch the public’s eye in the competitive market.

Ben Friberg was thinking along those lines as he put together a business model for Thrive Family Dental at 8115 Market St., Suite 204, in Porters Neck.

He moved to Wilmington about three years ago from Portland, Oregon.

“I did research, and (Portland) was a really saturated market,” Friberg said about one of the reasons for moving to the Port City. “There is no town in the East like Wilmington that’s affordable that provides all 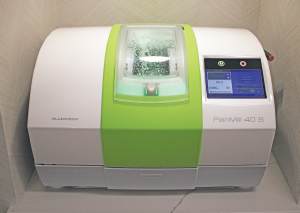 And the fast-growing area of Porters Neck proved attractive.

“We’re the second of three practices that have opened within four months here, and at that point, the market will have reached its saturation point,” Friberg said.

Sarah Pless has seen many changes in the business of dentistry over the past decade.

“Going to the dentist isn’t what it used to be. We’re seeing all kinds of add-ons to improve the patient experience. Focusing on patient relaxation in what can be a stressful situation is increasingly popular,” said Pless, who opened Renaissance Dental Studio at 7205 Wrightsville Ave. 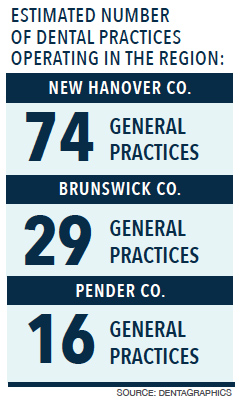 Many practices “now offer a variety of adjuncts like aromatherapy, headphones and television, and massage dental chairs,” Pless said.

“Wilmington has its first emergency-only clinic as well, so patients who don’t have a dental ‘home’ can seek care there for one-off type issues,” she added, referring to ASAP Urgent Dental Care, which opened in the Landfall area last year.

It’s important dental practices set themselves apart to appeal to a “certain segment of the market,” Friberg said.

“My office is sort of a spa-type deal. There are no pictures of teeth on the wall,” he said. “It doesn’t smell like a dental office.”

Dentists “are not unlike other business owners in seeking to differentiate themselves, so I would expect continued creativity to attract new patients,” Pless said.

One of those differentiators can be adopting new technology for patient services.

“In designing my model, I sought out dental technologies that would complement the focus on patient comfort, convenience and value. There are so many hurdles that keep patients from seeking proper dental care,” Pless said. “Fear and interruption to their daily schedules are right up there.”

At her practice, Pless added a Solea laser that can remove cavities without having to use a numbing agent. That “patients can return to work without a fat lip or drooling has been a game changer,” she said.

Renaissance Dental Studio also has incorporated a dental 3D printer that can print a crown in 10 minutes, so patients don’t have to schedule multiple office trips or get “numbed up” several times to fit a permanent crown.

“We also homed in on technology that can help us on the business side too,” Pless said. “Our studio uses texting to communicate with our busy patients. We can handle appointment changes, questions about emergencies, questions about insurance – all on their time. We can send the bill to patients via text, which helps us not kill trees and is more convenient in today’s cashless culture.”

Improved technology is common among all professions, Schiffel said.

“There’s some really cool stuff out there, (but) all of it is really expensive,” he said “It lends itself to the bigger practices. The technology is really great, and we all benefit from that but there is a price to it.”

Schiffel said dentists must navigate changes in the industry.

“People are going to figure out a way with the insurance discounts and (other incentives),” he said. “You will see more people for less money, and if you’re creative, you can figure it out. Value is important.”

The internet and boom in social media keep patients more informed about the types and cost of dental care in the region, Pless said.

Still, Pless said that 40 percent of consumers nationwide don’t have dental insurance, “which contributes to 50 percent of U.S. consumers not attending the dentist at all.”

“Cue the intro of dental membership plans, which typically get patients access to preventative care and discounts on restorative dentistry services without a third-party involvement,” Pless said.

With a recently opened practice, Friberg is making the rounds of local businesses explaining the small business discount plan his practice offers.

“It’s a really complicated element in our industry,” he said. “Patients believe they have to have it to get to a dentist in our region. Dental insurance limits perceived access to care.”

In response, Friberg offers a small business discount plan because so many businesses in the Wilmington area do not offer dental insurance.

“My goal is to get these discount plans into the hands of every small business in the community in order to make these plans easy to access and affordable. Everybody I’ve talked to has been really excited about it,” Friberg said. “It doesn’t cost them anything.”

“When I started practicing in Wilmington a decade ago and was part of dental society leadership, I was amazed at the number of dentists we had in the tri-county area relative to our population size … They’re largely all still open,” she said.

“Since my studio opened about 18 months ago, I can count seven others who have opened or have announced plans for brand new offices,” she said. “If a practice is clear in its vision and provides a quality experience, there will continue to be more and more successful startups.”