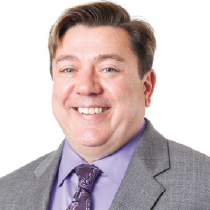 Shelbourn Stevens
Shelbourn Stevens became president of Novant Health Brunswick Medical Center in 2012, but he’s been with the Winston Salem-based health system since 1990.

He came to the area when Novant took over management of the former Brunswick Community Hospital facility in 2006. They moved from that site in 2011 to a newly opened 74-bed hospital in Bolivia. The hospital’s medical staff now totals more than 320 including advanced care practitioners. There also are 26 clinics located throughout the county, with physicians who are part of the Novant Health Medical Group.

Before moving into administrative roles, Stevens started his health care career as a respiratory therapist.

What made you go into that field, respiratory?

“Well, I had family members that were sick, so I always knew I wanted to do health care. Checked into nursing, and it was in the late ’80s, and there was a three-year waitlist. A lot of industries in Winston-Salem had closed and shut down – Hanes and Reynolds had let all those people go – and I thought, ‘I’m not waiting.’ Somebody suggested respiratory, and I said, ‘Okay.’ That’s what I did. I really got into it, and I loved it.”

Stevens took on other leadership roles, including director of cardiopulmonary services for Novant Health Forsyth Medical Center, that led to his current role.

You’ve been present here for so many years now. What have you seen in terms of growth for you guys in Brunswick?

“We’ve seen a lot of growth here at the facility. Having a new facility has really helped a lot, having all private rooms. People in the community, if they can, they want to stay local. And with the population growth here in the county, that drive some days can be a lot longer to get to Wilmington or Myrtle Beach.

So we’ve been able to add other specialties. We had general surgery; we’ve grown that now to six surgeons. And then OB (obstetrics) we have grown. They were doing right at 100 deliveries a year in 2006, and in 2017, we hit over 500.

… We’re seeing a lot of the outpatient services really taken off. One of the biggest growths, too, has been in our primary care needs. With more folks moving here, they’re looking for their primary care provider. It feels like we get some hired in, and we think we’re doing it, and then we’re like, ‘Okay, we need more. We don’t have enough.’”

Is it that this market has fewer primary care doctors for the population? Or is it just part of the fact that everywhere needs more primary care?

“Everywhere needs more primary care, just because of population. And then there’s some primary care physicians who had their own practices in the market who decided to go to concierge medicine where they have smaller panels but they’re available 24/7. A lot of people don’t want to pay the annual fee, so we had a lot of people coming to us trying to reestablish with a new primary care.

… The schools are not putting out as many physicians as they once were, so that’s why we’re having to look – as all hospitals are – at the use of physician assistants and nurse practitioners to help fill that void and demand.

And we’re all fighting for the same provider. So it’s not uncommon (that) we get a provider here and they say, ‘I was just at New Hanover yesterday or Wilmington Health or even Seacoast McLeod (hospital in northern Horry County).’ Because the demand is so high there’s lots of jobs. And some specialties are very, very hard to find. We’ve been trying to recruit psychiatrists to help us with our behavioral health, and there’s just not enough of them out there.

But it’s all good growth. I mean, there’s other communities, their hospital system’s looking to close their doors. We’re nowhere near that; we’re trying to keep up with the demand.”