From The Tourism Archives: Where To Put The Convention Center? 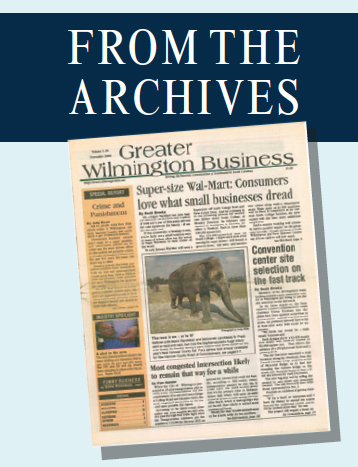 Opened in November 2010, the Wilmington Convention Center traveled a somewhat arduous road to becoming a reality, with roadblocks that included delays and a couple of lawsuits (one about the convention center plan; the other regarding the center’s hotel operator) that were eventually resolved.

Twenty years ago, city officials were working on where to put the center, eventually choosing to buy land situated on the north edge of the city adjacent to the Cape Fear River near PPD.

The city started development of the project in the mid-2000s “as an economic driver to attract conventions and events that would result in the creation of new jobs and businesses in and around Wilmington and New Hanover County,” the center’s website states.

The convention center complex cost $62 million to build and includes the 107,000-square-foot Wilmington Convention Center, a 578-space public parking deck and a 12,000-square-foot event lawn/green space along the river.

Although COVID-19 resulted in a loss of at least $2 million for the center, business and bookings were picking up as coronavirus pandemic restrictions were eased and fall 2020 began.