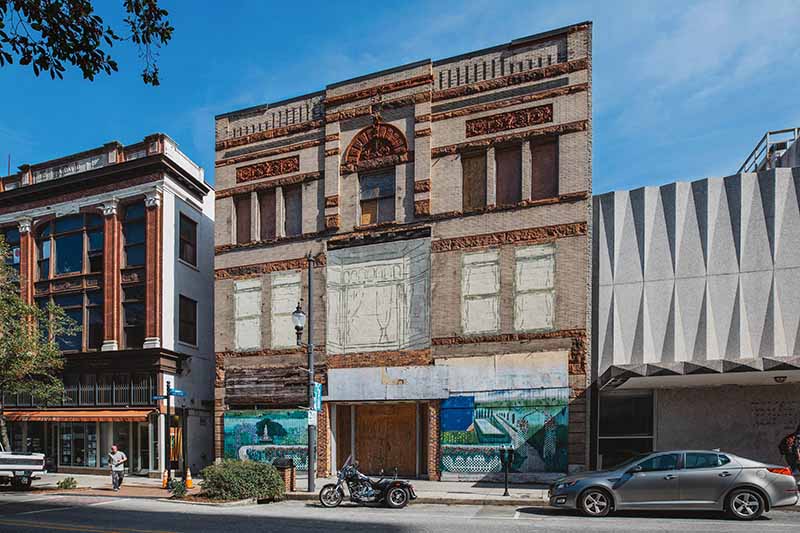 (Photos by Megan Deitz)
The building at 226 N. Front St. had been vacant so long, a tree had grown up inside it. That was before previous owner, Bob DeYoung, bought it and before Chapel Hill-based firm East West Partners bought the three-story historical structure in downtown Wilmington from DeYoung for $975,000 in June last year.

East West, which is currently in a public-private partnership with the city of Wilmington to create a 13-story, mixed-use building on a separate site downtown, plans to turn what’s known as the Gaylord building (pictured above and below at right, it housed Gaylord’s Department Store in 1903) into class A office space.

Even before Hurricane Florence struck the Wilmington area in September and poured rain on damaged buildings for three days, not all of downtown’s aging and historical structures were in the best shape.

“It’s the old adage: Pay me now or pay me later,” Wilmington Mayor Bill Saffo said. “If you don’t put the money and maintenance into an old building, it’s going to suffer damage.” 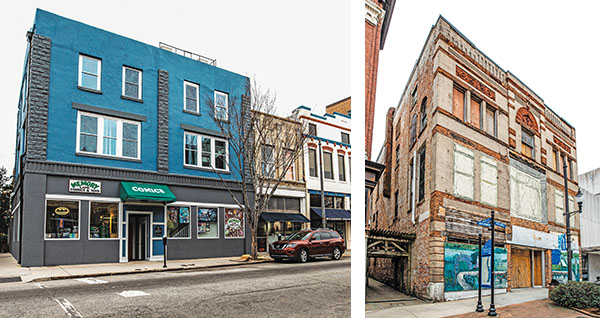 Three nails held up the corner

While some landmarks in downtown Wilmington like the Gaylord building are on their way to rehabilitation and others languish, the latest transformation at 1 and 9 S. Front St. is nearly complete except for some work needed on the second floor.

But when Raleigh-based developer James Goodnight bought them in 2015 and 2016, there were a lot of issues to address. One example was the situation with a bathroom on the second floor inside 1 S. Front St., a space previously occupied by a bar.

“There were like three nails holding up the whole back corner,” said Goodnight, who completely refurbished the space before leasing it and adjoining space in 9 S. Front to the growing North American division of German kitchen accessory company Kesseböhmer.

Goodnight and his development team finished rehabilitating the  building at 21 S. Front St., which is the headquarters for Untappd, in 2017. And now Untappd, a technology firm  that develops social- and data-driven consumer and business software products related to beer, has grown to more than 100 employees. 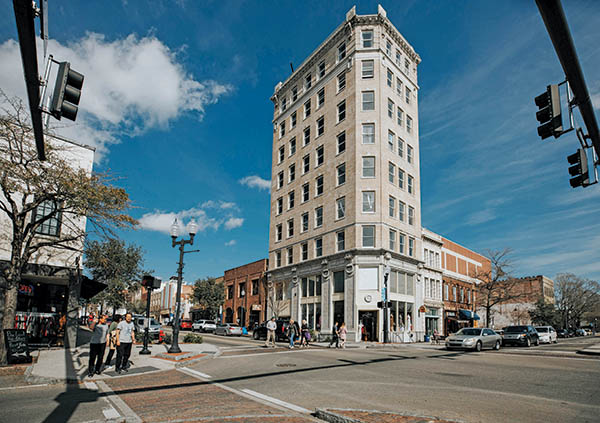 Historical structures can attract tech companies like Untappd and other employers to a vibrant downtown, but restoring old buildings takes a lot of time, money and hard work, developers say.

“The Cotton Exchange was one of the first major projects. They gutted the  buildings and refurbished them to be able to make it a viable corner,” Saffo  said of the collection of shops on North Front Street. “That to me was really the first big, big revitalization effort in the  downtown area, and from there it took off.”

More recently, Monteith Construction Corp. last year opened its new main office at 208 Princess St.  in the Knights of Pythias building that dates back to 1914, spending more than $1 million to refurbish the building.

For Monteith officials, it was not love at first sight when they began  looking downtown for a new location that could accommodate a firm that  had outgrown its existing downtown building, said president Bryan Thomas.

“We weren’t sure if we wanted to go through a full renovation, but as we continued to look around here and see what was available, we kept coming back to this building,” Thomas said. “And every time we’d come back, we’d see a little more potential.” 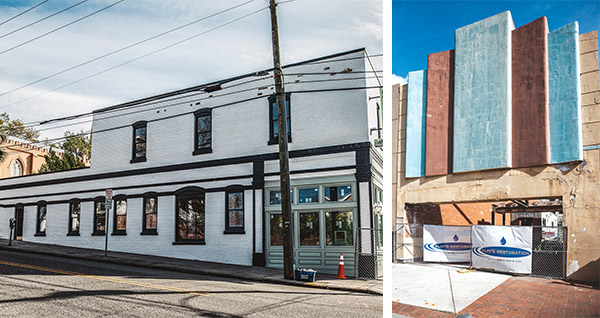 Monteith’s office building fared  well during Hurricane Florence, but dozens of others were affected in minor  or major ways, said Ed Wolverton, president and CEO of Wilmington Downtown Inc.

“Most of our older buildings have been through hurricanes before. Generally, they are strong and able to withstand the damage,” Wolverton said. “A major concern is that everyone needs to keep up with building maintenance, especially roofs and windows. Have roof inspections done periodically. Look for any sign of water intrusion in and around windows. Unchecked, these can lead to major damage down the road – with or without a hurricane.”

But a hurricane can shed light on neglect.

“It’s like your car. If you don’t keep the oil changed, don’t be surprised if the engine fails,” said Dawn Snotherly, historic preservation planner for the city of Wilmington. “There is a certain amount of deferred maintenance that comes to the forefront when you have a storm event as catastrophic as Florence was.” 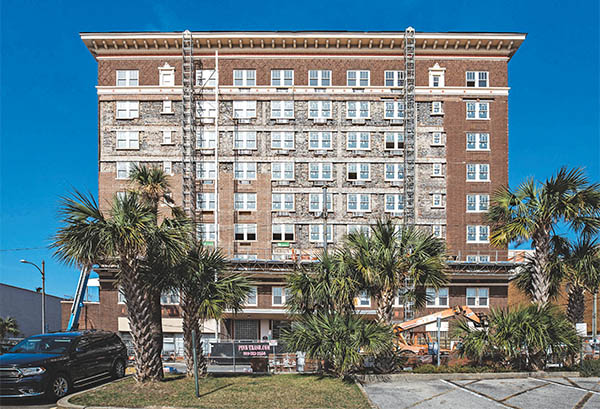 As part of a 1031 exchange late last year, Goodnight purchased 522 S. Third St., a long-vacant brick building at the corner of South Third and Castle streets. A 1031 exchange is part of the Internal Revenue Code allowing an owner to sell a property and reinvest the proceeds in new income-producing property while deferring capital gains taxes.

Also through a limited liability company Alberta Properties, Goodnight in November bought 230 Princess St., a nearly 1,000-square-foot space (not counting the basement) next to two other retail properties he owns, for $200,000.

“I think Princess Street as a whole is turning into such a great little center of activity for downtown,” Goodnight said.

Both structures were built in the 1940s.

“They’re such neat buildings. They’re kind of tiny, and each one is unique,” Goodnight said of his Princess Street properties. “Everyone (on his historic renovation team) loves working on those.”

All the Princess Street spaces were vacant and serving no purpose at the time Goodnight bought them.

“The good news is, with the amount of activity and the amount of excitement, the downtown buildings can become valuable,” Saffo said. “And so people are coming in here and buying them and restoring them to long-term health.”