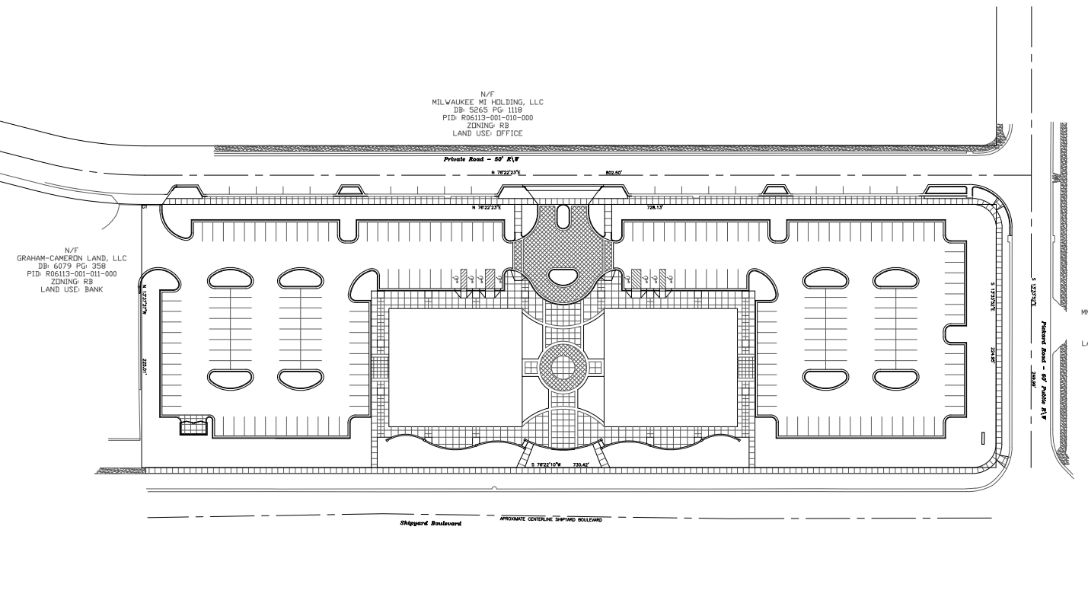 The property owner is Graham Cameron Land LLC. The project, dubbed The Courtyard at Midtown Village, would consist of two buildings with a total of 60,000 square feet on just under 4 acres at 3701 Shipyard Boulevard, according to site plans by Malpass Engineering & Surveying.

The plans were recently submitted to the city of Wilmington. They're expected to be a topic of discussion at a city Technical Review Committee meeting on Dec. 21, according to the city's project tracking website.

The property is zoned Regional Business (RB), the plans say, a city zoning designation that allows the proposed uses. A maximum of 338 parking spaces would be allowed in the development, which includes a courtyard between the two buildings, site plans show.

Efforts to find out more information about the project from Graham Cameron Land LLC were not immediately successful Wednesday and Thursday.

The project site is located near the intersection of Independence and Shipyard boulevards.