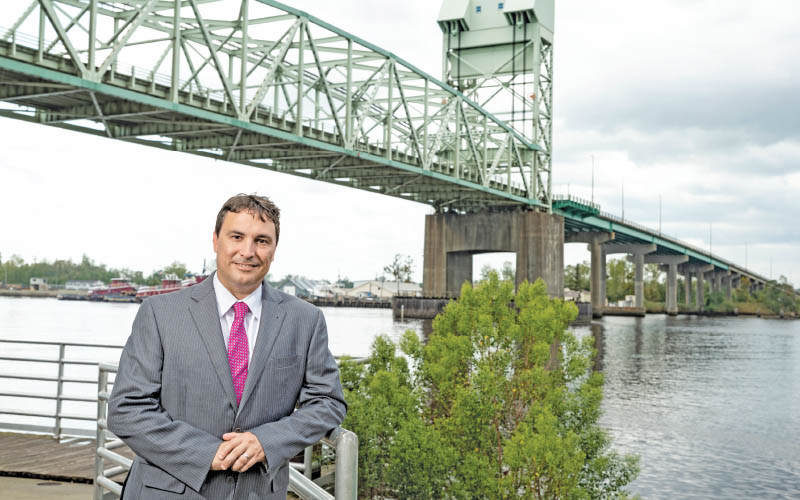 Funding issues at the state level, however, are impeding the ability to get future infrastructure going. And N.C. Department of Transportation officials said in August that they’ve shelved a pivotal project, the Cape Fear Crossing.

Local leaders seek an answer to how the area’s needed projects will be funded, and some officials are forming new groups to tackle the traffic funding and planning tie-up.

“We need to get a better understanding from the state as to what they’re going to do with funding transportation projects moving forward,” Wilmington Mayor Bill Saffo said.


The need to accommodate more traffic has led to the formation of a new regional transportation advocacy group to call for better funding and bring attention to those projects that are significant to the region’s success.

“The concern that we have is very real,” said Natalie English, president and CEO of the Wilmington Chamber of Commerce, which is working to form the group along with the Business Alliance for a Sound Economy.

The stop to the Cape Fear Crossing spurred the formation of the group for the Wilmington region, English said. Its members are expected to include representatives from organizations businesses and leaders throughout the region, she said.

“Creating a group of people who would come together with some regularity to talk about [the issues] and to be empowered to then go advocate, is an avenue that seems to be gaining in support,” English said.

Frank Williams, chairman of the Brunswick County Board of Commissioners, said he was supportive of the concept of replacing the Cape Fear Memorial Bridge and the Cape Fear Crossing project, but thinks the route alternatives, some of which were projected to impact residences in the county, should be placed farther south.

“The challenge you get there is two very large, very expensive projects and they can probably only do one of them at a time. And to me they’re both equally high for priorities,” he said.

At the state level, the N.C. FIRST Commission is working to find longterm solutions to funding the state’s transportation needs.

The commission, formed in March, is a 14-member group tasked with evaluating the state’s current and future investments and to find new or better ways to ensure financial resources are available.

State Sen. Harper Peterson (D-New Hanover) said he will be attending a meeting of the commission in October and would support a move at the legislative level to get NCDOT the funding it needs.

Locally, voters approved a $44 million transportation bond in 2014. With the area’s rising population growth and network demands, another such move could come in the future, Saffo said.


For the Cape Fear Crossing, about $11 million has been spent on its study over the years.

NCDOT’s decision on the project in August came just days after the agency said it was delaying others within the next State Transportation Improvement Program (STIP 5.0), which outlines the state’s spending plan for a 10-year period.

STIP 5.0 was approved by the board in September. That list came with a dozen Wilmington-area projects that were pushed back, among many others across the state.

The area’s delays, including big interchange improvements at College Road at Oleander Drive and Eastwood and Military Cutoff roads, were moved out between one and four years.

The changes, NCDOT officials said, were due to its cash fund balance nearing its bottom line. The department is required to maintain a balance of around $282 million (7.5% of revenue) with a $1 billion cap.

The blow to the balance has come from unbudgeted spending from Map Act settlements that totaled about $330 million as of mid-September. That number is expected to climb with future litigations from the repealed legislation that allowed NCDOT to record maps of future corridors to limit land development.

NCDOT has also seen nearly $400 million in hurricane impacts to its balance since 2016. And the agency is still waiting on reimbursements from FEMA.

NCDOT took cost-saving measures a bit further in late August, when it placed a temporary suspension of preliminary engineering on about 900 projects.


Because of the suspension, the area’s division is limited, for now, to working on only a handful of future projects out of STIP 5.0, said Chad Kimes, deputy division engineer for NCDOT Division 3. That includes the Hampstead Bypass and widening South Front Street.

There was no time period placed on the suspension, he said.

Kimes has been working to present NCDOT’s issues and what they mean for the region to the WMPO and area leaders. The division, which covers the WMPO area, is adjusting to the changes as well.

“There are still a lot of unknowns at this point. The sooner that the cash balances can get addressed, the better it’s going to help this whole program,” Kimes said. “The longer the temporary suspensions, the more long-term impacts we’ll probably feel from this … it’s our hope that something will be worked out by the first of the year.”

There’s still work to be done, however, on major construction projects going on throughout the region, such as the Military Cutoff Road extension, on top of future planning, he said.

In addition, with the Cape Fear Crossing project on hold, attention is now being placed on finding a solution to the aging Cape Fear Memorial Bridge, which opened in 1969. While it’s not replacing the crossing study, division officials have selected a consulting firm to help perform a feasibility study to replace the current bridge. The bridge has about 10 years left on the movable span and 20 years on its fixed span.

With costs for rehabilitation and annual maintenance work piling up, planning for a new and improved bridge is needed soon, Kimes said.

The cash balance issues at the NCDOT don’t affect how the WMPO plans for the next 25 years, Kozlosky said. Once adopted by the board next fall, it will help guide projects into future STIPs.

In the meantime, increasing traffic keeps driving concerns among residents and newcomers.

“Every citizen survey that we’ve had, since I’ve been on the City Council,” Saffo said, “traffic and transportation always rank No. 1.”