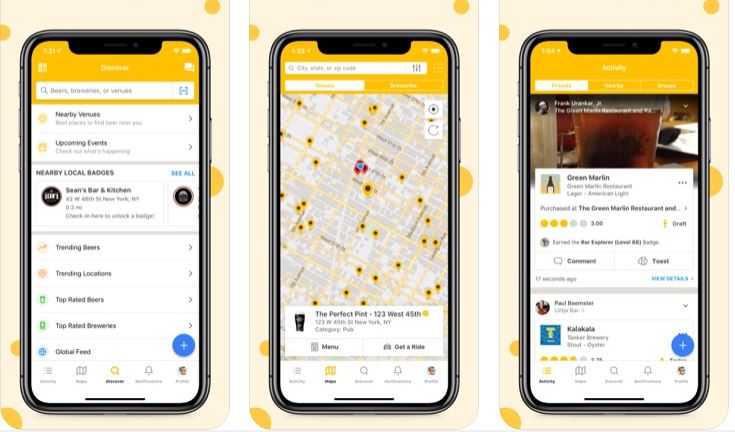 Maneschijn’s role with the company will help Next Glass establish a formal presence in Europe, a location where the company has experienced substantial growth in recent years, according to a news release.

Trace Smith, CEO of Next Glass, said roughly half of Untappd app users and 20% of Untappd for Business customers are outside the U.S., with the majority residing in Western Europe.

“The European economy is larger than ours in the U.S., and both craft beer penetration and cloud software adoption in Europe are five to seven years behind us, but both are quickly catching up,” Smith said in an email. “We see a rising tide in Europe and want to put our boat in the water, so to speak.”

Maneschijn, who is based in Enschede, The Netherlands, will lead the company’s growth on-the-ground in Europe.

Maneschijn's immediate responsibilities will include building out a Europe-based team, leading the development of strategic partnerships and pursuing other opportunities for growth, stated the release.

“Tom [Maneschijn] brings a wealth of industry experience in innovative roles in the beer industry in Europe,” Smith said. “The regulatory landscape and consumer preferences are so different in Europe, and Tom's insight here will be valuable as we look to grow abroad.”

The initiative to expand in Europe follows an undisclosed investment from Providence Strategic Growth in March, which officials said will help the company grow.

This news of a European expansion comes as some restaurants, breweries and bars start to reopen amidst loosening restrictions that were set in place to combat the COVID-19 pandemic.

Next Glass, which develops software to connect consumers, retailers and producers in the alcoholic beverage industry, has continued to support the global hospitality industry through deferred renewals of subscriptions and discounts for new customers.

In Europe, the company has sponsored campaigns to raise awareness for the #HelpDeHoreca cause, which supports bars and restaurants in The Netherlands, Italy and Germany, stated the release.

For more on recent changes at Next Glass, how its been doing during the COVID-19 pandemic and more, read the upcoming June 19 issue of the Greater Wilmington Business Journal.