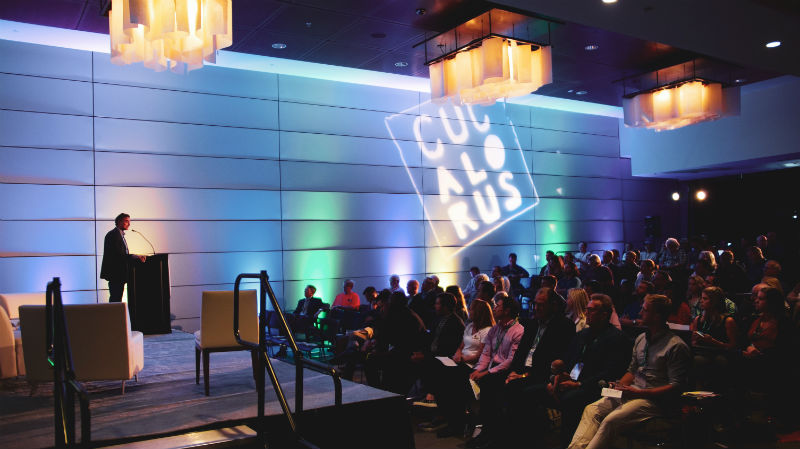 This year's Cucalorus Connect Conference (shown above in 2018) will feature blockchain, digital humans, environmental innovation and more topics. (Photo courtesy of Cucalorus)
Cucalorus on Tuesday officially released the lineup of events for this year’s Cucalorus Connect Conference, featuring discussions on blockchain, digital humans, marketing as well as an array of other creativity, technology and humanity topics.

Cucarolus Connect is part of the Cucalorus Festival, which is now in its 25th year in Wilmington. The conference will take place Nov.14-15.
​
Many of the events at this year's conference surround the theme of how innovative technology can be used to address economic, personal, health and societal issues, said Mike Orr, program manager at Cucalorus.

"The tagline is 'A Future for Everyone,' and we didn’t necessarily start there, but as we developed the program and secured speakers, it was a give-and-take, back-and-forth between the program and the message reflecting each other," said Dan Brawley, the festival's head. "We are really looking at how creativity and technology are shaping the future."

Orr, who previously worked at IBM, said the conference's goal is to appeal to a mass audience.

"We will discuss how tech is being used to address social issues or how tech is creating social issues," Orr said. "We are moving away from a pure technology conference into a program that appeals to tech people but resonates with everyone."

One session at the conference that will be revamped this year is the VR Salon, a showcase of projects in virtual reality including 360-degree films and a digital human.

Brawley said Cucalorus has had a VR program for seven years, in a partnership with the School of Making Thinking. For the past three years, the partnership brought artists in as part of a summer residency program where artists make VR projects in Wilmington.

"The VR salon is a more formalized approach to showcase the arts," Brawley said.

One aspect that made the VR salon possible is the festival's new venue location.

This year, Cucalorus Connect will take place at the Brooklyn Arts Center on 514 N. Fourth St. In previous years, the conference was held at the Union Station at Cape Fear Community College.

"The new venue opened up possibilities," Brawley said. "The VR Salon will be a little more different this year because the space is so special."

Some events on the Connect Conference line up include: The keynote speaker this year is Nick Adkins (pictured at right), co-founder of Pinksocks Life, a 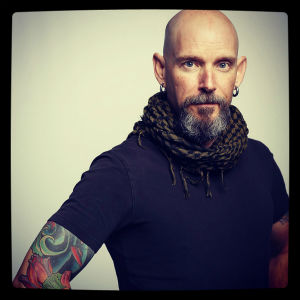 nonprofit with a focus on human connection. Adkins will speak about the power of connection and the benefits of being open, willing and present, according to the Cucalorus website.

In addition, eight presenters will get a chance to have their business ideas judged by an audience, Diane Durance, director of the Center for Innovation and Entrepreneurship, Kevin Carlson, vice president and chief development officer for Wilmington Housing Authority and Tobin Geatz, Seahawk Innovation co-founder and general partner.

One feature of the conference is its interactive elements.

Brawley said one of his favorite sessions is "More Than Words," where attendees can do crayon drawings to express and understand their health journey.

There is also a different interactive activity during the "Housing Segregation, Poverty and Justice" session where attendees will play Monopoly to understand housing justice and racial policy.

Cucalorus 25 will be Nov.13-17, with over 150 events including film screenings, theater, dance and comedy, according to a news release.

“This should be a special year for us. We celebrate 25 years but we’re also thinking about 25 years from now," Brawley said in the release. "As much as anything, Cucalorus has become a community of people who tell stories and talk about the future. And we’re asking questions. How can we make this a better world for everyone?”

More on Cucalorus, its history and growth are discussed were discussed in a story in September's issue of WilmingtonBiz Magazine.