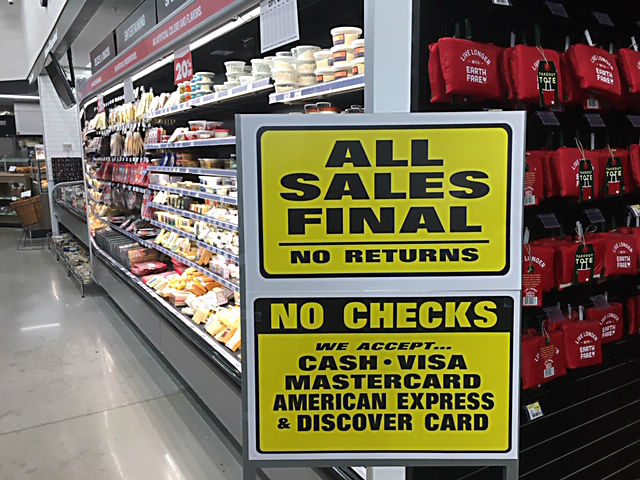 Earth Fare is closing all of its stores by around March 2, according to a notification provided to the state of North Carolina. (Photo by Vicky Janowski)
A layouff count filed with the state by soon-to-close organic grocer Earth Fare shows nearly 800 layoffs at eight stores, not including Wilmington.

The stores listed in the Worker Adjustment and Retraining Notification (WARN) released by the state Monday are in Asheville and Fletcher, as well as five in Florida and one in Virginia.

While only eight stores were listed in the notification, the company has announced that it is closing all of its stores, which total about 50 in 10 states with an employee total of about 3,000.

A letter from Earth Fare to representatives in the communities of the listed stores states, "As some of you may know, Earth Fare has been engaged in negotiations for refinancing of the company's bank loan obligations, as well as the sale of the company to a buyer which would have allowed its operations to continue.

The letter does not mention the name of the potential buyer.

It also says "We anticipate that Earth Fare will be closing its stores and facilities during the fourteen day period commencing on or about February 17, 2020, until March 2, 2020. All employees will be terminated during that same time period, although their employment termination date may be subject to change."

By federal law, employers are required to give 60 days' advance notice of certain plant closings and mass layoffs. Businesses that employ at least 100 workers, excluding part-time workers, are required to file a WARN notice under certain conditions.